Julie Ann James Talks about her Cover for 'Irish Jewel' 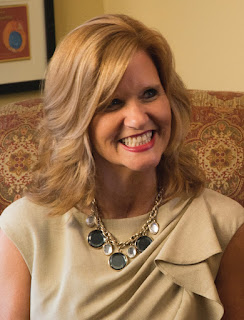 Julie Ann James lives in Sarasota, Florida. Her passion for words came at an early age and has inspired her to literally plant seeds all over the globe. She is the founder of the Peppertree Press book publishing company and The Pepper Tree Literary Magazine, an avid public speaker, a published children’s author and novelist.
Find out more at: www.peppertreepublishing.com
Interview:
Tell us about your book! What is it about and what inspired you to write it?
Irish Jewel is about a young executive woman who meets the love of her life on a business trip.  Amy Reid, about to turn 29 falls in love with her soul mate, Michael Cambridge. He is handsome, charming and extremely wealthy and well known by all that live in the heart of the antiquated and historical Dublin, Ireland.  He sits in the power chair as the CEO of a jewelry store chain called Irish Jewel passed down from his father and his father before him.  She says yes to his proposal and then they plan a destination wedding in Dublin.
It doesn’t take long before her dreams of becoming Mrs. Michael Cambridge take a turn for the worst and the deep dark family secrets that were once buried in the Ireland dirt come to the surface for all to see.  The intrigue, the mystery and the danger Amy will find herself in will captivate the readers and leave them with an unforgettable ending right down to the last word.
I had an opportunity to travel to Dublin Ireland and even though I was writing another novel at the time, I was truly inspired by this beautiful country and the idea simple popped in my head. The antiquated cemeteries, the architecture and the overall history in Ireland was breathtaking.  I ended up putting away the novel I was working on and writing the premise to Irish Jewel while on the plane.  It is interesting as I typically come up with the title first and then the idea and that seems to work for me best.
Tell us about your publishing process. What was it like? Did you go indie or the traditional way?
I have always wanted to be a writer since I was ten years old. I didn’t actually start writing seriously until after my children were in middle school. All I really wanted is to get a byline and not necessarily be paid for it. I submitted many short stories for parenting magazines and then switched gears and started writing children’s books.  I can recall my first published piece which means that was my first byline. I received a check for $25.00 and because I was so excited, never cashed it.  I later submitted many children’s stories to what I refer to as the “Big Houses” most of their offices are in New York, and they filled my mailbox with those dreaded rejection letters.  I later found a self-publishing company online and published two books with them.
I have learned so much over the years, especially after self-publishing.  With that said, during this process I decided to start my own publishing company and offer the personal touch that writers so deserve. I have learned that you don’t have to be traditionally published to become a successful author as long as you love writing, work hard and get the word out, literally.  It is important to keep yourself grounded and keep your expectations in check at all times. 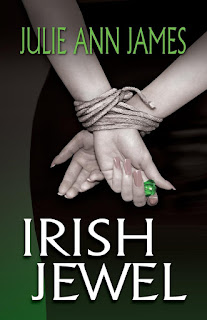 How did you choose the title for your book? Did it come to you right away, before you started writing the story, or did it come later?
I would have to say that titles are my thing and with every book idea I come up with, the title always comes first.   Irish Jewel made sense to me since the setting takes place in Dublin, Ireland and one of the main characters is the mogul of an extremely well known jewelry company.
Tell us about the cover design process. Did you have a basic idea of what your book cover would be like?
This is such a great question and I am so excited to share the story.  I had a great idea for the cover even before I finished writing the story. I decided to hire an illustrator and gave him the key points of what I wanted to see on my cover and he happily delivered the exact idea I had  floating around in my head.  There was an antiquated building in the background sort of castle like, a wrought iron gate, a green cinched bag lying on the ground at the front gate filled with loose gems that were spilling out onto the ground. He did a remarkable job with the cover portraying exactly what I wanted. I published my book, scheduled a very successful book signing and then I decided to send my book to an online publicist for her review.  She sent my book cover along with the very gritty about the book to a few book reviewers.  The book reviewers came back with great reviews about my book, however not such a great opinion about my cover. They indicated that my cover did not match my description and did not have a danger element incorporated in the design. The sky was blue and it looked juvenile.
I learn something new every day as a writer and a publisher and I took their comments very seriously and asked my designer to read my book again and come up with a graphic design. She did such a remarkable job that it literally blew me away.  There was no question about the change and I am so grateful that the book reviewers were honest and straight forward.   I sent the new design back to the reviewers and they had two words for me…“Love It.”
Who is your cover designer and how did you find him/her?
Becky Barbier is my designer for my book as well 800 other book titles published by my company, the Peppertree Press.  I have to say when she walked into my office back in 2006, it was one of the luckiest days of my life. She is a gem of a designer the best of the best and we are fortunate to have worked with her all these years.
How was your experience working with the designer?
Excellent!
What has been the readers’ response to your cover?
I often hear that my book cover is intriguing and draws the reader in so they want to know what the book is about.  It’s gritty, mesmerizing, and has the elements and intrigue of a mystery, romance and suspense novel.  I often hear if you can see your book cover from at least 10 feet away, then it’s a great cover and a great read.
What tips would you give to authors who are looking for a cover designer?
To make certain that the cover represents the genre and compliments your description of your manuscript and characters you are portraying.  To go with your gut is a good thing, however to listen to others in the business is most definitely suggested.
Anything else you’d like to say about your book?
It is my hope that you purchase a copy of Irish Jewel and perhaps write a review or send me a note to let me know what you thought. I enjoyed writing it and absolutely loved the characters and the setting.  I know you will not be disappointed in the storyline and the ending will shock you, the suspense is riveting.
Book Cover Junkie at 10:36 AM