Cover Reveal: The Art of Breathing by Janie DeVos 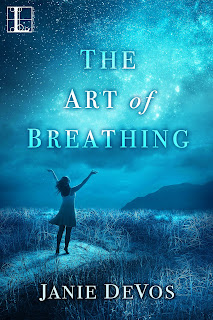 From author Janie DeVos comes a poignant and richly detailed novel set in 1950s North Carolina, where one young woman struggles to save her own life—and finds the strength to truly live it.

When Kathryn Cavanaugh steps over the threshold of the Pelham Sanatorium in 1954, she has no idea when, or if, she will ever leave it again. Despite the rise of promising new treatments, Tuberculosis is still feared and often fatal. But twenty-four-year-old Kate has proven her resilience before, leaving her Blue Ridge Mountain home for a very different life in the city with her ambitious attorney husband, Geoffrey. For the sake of her family, especially her young son, she’s determined to get healthy again.

The sanatorium is a strange battlefield, with every patient fighting for survival amidst a numbing routine of tests, treatment, and enforced rest. Kate quickly finds camaraderie among the women on her ward—and a growing kinship with fellow patient Philip McAllister. As weeks pass, the hospital’s confines come to offer more independence than Geoffrey’s preoccupation with status ever allowed. And with this surprising new discovery comes the courage to contemplate the choices she has made—and, perhaps, the chance to breathe freely at last… 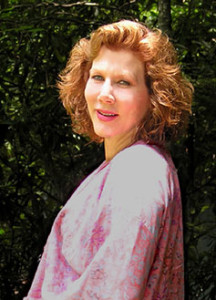 Janie DeVos, a native of Coral Gables, Florida, first began work in the advertising industry in the late 1980’s, but left the field in 2000, and turned her love for writing into a full time career. DeVos started her freelance writing company, Rainy Day Creations, and became a writer for several greeting card companies. In 2002, her national award winning poem, How High Can You Fly?, was published as a children’s picture book through River Road Press, and a second hard-cover picture book, The Path Winds Home, soon followed.

Both books grabbed the attention of a New York publisher, East End Publishing, and, in 2007, Ms. DeVos’ third children’s picture book,Barthello’s Wing, made it’s debut. Scholastic Books was interested in including Barthello’s Wing in their North American school book fairs, and asked that it be produced in soft-cover. It was, and to date it has sold over 90,000 copies.

Ms. DeVos gave up city life to live in the beautiful Blue Ridge Mountains of North Carolina. And though she continued to write for children, including the publication of her fourth children’s book in 2012, The Shopkeeper’s Bear, published through Little Giggles Press, she found her writing interests began to change as she became more embedded in the lives and the traditions of the mountain people. Thus, she was inspired to write her first women’s fiction novel, Beneath a Thousand Apple Trees, which is centered around three generations of women in the late 19th and early 20th centuries in the untamed Appalachian Mountains. Her manuscript was fortunate enough to find a home with the highly esteemed publishing house, Kensington Books, and will be the first in a series.

Ms. DeVos has made numerous appearances in schools and libraries, as well as in bookstores; including Barnes and Noble, and Borders Books. She has been a keynote speaker, a selected author for special events for the Miami Book Fair International, and has served on various committees, including being the authors’ liaison for the Reading Across Broward Festival in 2006. In the autumn of 2013, she was a highlighted author at the Carolina Literary Festival, outside of Asheville.

Janie DeVos has a women’s fiction series coming out in late summer of 2016. The first to be released will be Beneath a Thousand Apple Trees, available August 30th, followed byThe Art of Breathing, in February of 2017. Both will be published through Kensington Publishing. DeVos has already begun work on a new book about old Florida, entitled A CORNER IN GLORY LAND.