Vienna's Will by Mark McCullough 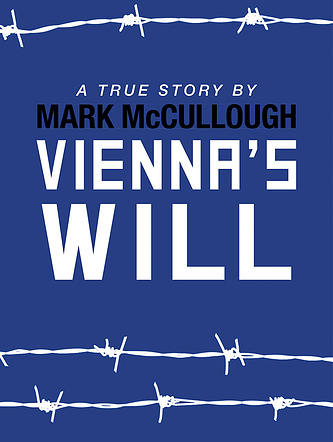 Title: Vienna’s Will
Author: Mark McCullough
Publisher: Createspace
Pages: 254
Genre: Memoir
New author, Mark McCullough, shares his inspirational journey through chronic depression and addiction in VIENNA’S WILL (www.viennaswill.com). After struggling for years to control the negative thoughts that he attempted to quiet with drugs and alcohol, Mark’s life changes when he finds the unconditional love of a little girl and her mother.
In April of 1992, Mark McCullough’s distraught parents delivered their twenty-five-year-old son to Butner Federal Prison after he committed a bank robbery. The court had arranged for the prison to complete a psychiatric evaluation of the troubled young man. Mark had intended for the crime to result in his death.
The author explores a lifetime battle with depression that was a result of sexual abuse by men he trusted and cared for as a child. At ten years old, Mark was obsessed with playing baseball and greatly admired his coach, who treated him like a son. The young boy’s first experience with betrayal came one afternoon when the coach molested him. Mark held the secret of the abuse inside, and it fed his depression for years to come. Later, when Mark was attending a Catholic high school, a priest befriended him and soon revealed his true intentions for forming the relationship.
The anguish of abuse and depression that Mark suffered drove him deeper into a life of drug and alcohol dependency. When Mark moved to Boston to attend college, he dropped out of school after attending one class. Thereafter, Mark spent his time seeking his next high and a place to sleep at night. He sold drugs to support his habit, until one day a friend persuaded him to return home before his addiction killed him.
After returning home, the drug use continued and Mark became suicidal. The plan he conceived that was supposed to lead to his death landed him in prison instead. During the time that Mark spent in prison, he faced anxiety and violence, but he also found companionship, as well as support from the psychiatrist responsible for his evaluation.
Mark continued to struggle with his addiction and depression for several years after his release from prison. Then he met the woman who would become his wife and her then four-year-old daughter, Vienna. Mark credits them with changing his life. The love of his daughter, Vienna, pulled Mark from the darkness and renewed his gratitude for his life and his family.
Mark’s decision to share his story of addiction, abuse, and mental illness came after many years of keeping secrets from his family and loved ones. “Some of the experiences I speak of in the book, some of the things I thought would stay hidden within me forever, needed to be spoken about and explained to people in my life who care about me and love me.”
The author hopes that VIENNA’S WILL will shed light on sexual abuse, addiction, and depression and help other people to face these issues in their lives and in the lives of others. Mark says, “So much of what happens in the book has, in some way, affected a great deal of people in our society, but they feel resistant to express it or discuss it. Whether it’s them personally, a friend, a family member, or even a coworker, if the book inspires them to help themselves or others, it will have served its true purpose.”
In VIENNA’S WILL, Mark reveals that the love and support of his family, especially from his daughter, Vienna, has been a powerful catalyst in his recovery and his decision to embrace life after so many years of enduring emotional hardship. The author states that he often “smiles at the thought of a child and her unconditional love being strong enough to overcome all the events of the past.”

Email ThisBlogThis!Share to TwitterShare to FacebookShare to Pinterest
Labels: memoir