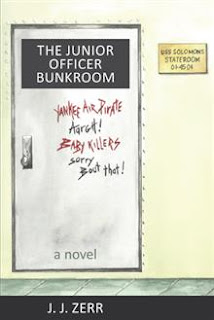 It is 1970, and Jon Zachery is a young United States Navy pilot who wants nothing more than to gain combat experience during the Vietnam War. Unfortunately, his patriotic sacrifice is of no value to the navy or the nation. His squadron has been slated to decommission with most of its pilots destined for dead-end jobs. As the pro-war lieutenant awaits his orders and drowns his sorrows in whiskey, his wife, Teresa, prays and hopes for a better tomorrow. Navy Lieutenant Amos Kane is a natural stick-and-throttle jockey who is known as Cool Hand Duke in the air and a prankster on the ground. As his dreams of being an attack pilot in ’Nam are taken away, he begins dating Charlotte Wilkins, who convinces him to adopt an antiwar philosophy. When orders cause Zachery and Kane’s paths to converge in a bunkroom aboard an aircraft carrier in the Tonkin Gulf, it quickly becomes evident that the two lieutenants have vastly different viewpoints. As tragedy strikes and antagonism escalates, everyone discovers just how quickly life can change. In this military thriller, the paths of two navy pilots come together in a JO bunkroom during the Vietnam War where their perspectives clash, instigating life-changing consequences.


ORDER INFORMATION
The Junior Officer Bunkroom is available for order at

J. J. Zerr is a United States Navy and Vietnam veteran who holds bachelor and master’s degrees in engineering. He has published poetry, short stories, and other novels. J. J. and his wife reside in the St. Louis, Missouri, area. Visit the author’s website at www.authorjjzerr.com.

Email ThisBlogThis!Share to TwitterShare to FacebookShare to Pinterest
Labels: Military