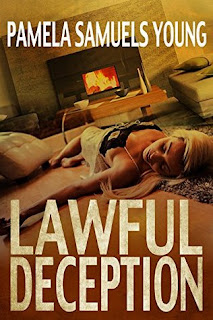 "Pamela Samuels Young has crafted a page-turner that will keep you engrossed until the very last page. If you’re a fan of smart legal thrillers with brisk pacing, crackling dialogue and edgy, intriguing characters, Lawful Deception is for you.” --Dwayne Alexander Smith, Award-winning Author of Forty Acres.

Once again, award-winning author Pamela Samuels Young delivers another captivating legal thriller full of unexpected twists and jaw-dropping moments you never see coming. The beautiful Bliss Fenton won't be winning any awards for Mother of the Year. Truth is, motherhood isn't nearly as important to Bliss as the cottage industry she's created: extorting wealthy men for the hefty child support she can collect.

But Bliss' greed goes too far when she takes on Fletcher McClain. The handsome music industry mogul refuses to accept her conniving conduct lying down. He retains high-profile attorney Vernetta Henderson to sue Bliss for fraud.

Enter Bliss’ unscrupulous attorney, Girlie Cortez, who has a personal score to settle with Vernetta. As the two lawyers once again go head-to-head, their legal battle quickly escalates from merely contentious to downright deadly.


ORDER INFORMATION
Lawful Deception is available for order at 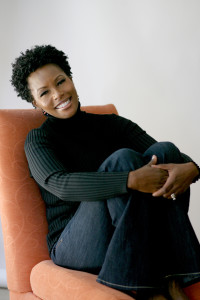 When attorney and author Pamela Samuels Young isn’t practicing law, you can usually find her penning her next legal thriller. Described by one reviewer as “John Grisham with a sister’s twist,” Pamela is an award-winning author of six legal thrillers.

The prolific writer has always abided by the philosophy that you create the change you want to see. Fed up with never seeing women or people of color depicted as savvy, hotshot attorneys in the legal thrillers she read, Pamela decided to create her own characters. Despite the demands of a busy legal career, the Compton, California native accomplished her ambitious goal by rising at 4 a.m. to write before work, dedicating her weekends to writing and even spending her vacation time glued to her laptop for ten or more hours a day. In the process, she discovered her passion.

Pamela has achieved a successful writing career while working as Managing Counsel for Labor and Employment Law for Toyota in Southern California, specializing in employment law and social media law. Prior to that, she served as Employment Law Counsel for Raytheon Company and spent several years as an associate with the law firm of O'Melveny & Myers, LLP, in Los Angeles.

A former journalist, Pamela began her broadcasting career at WXYZ-TV in Detroit and later worked as a news writer and associate producer at KCBS-TV in Los Angeles. A graduate of UC Berkeley’s School of Law, Pamela has a bachelor’s degree in journalism from USC and a master’s degree in broadcasting from Northwestern University’s Medill School of Journalism. She formerly served on the Board of Directors of the Los Angeles chapter of Mystery Writers of America and is a diehard member of Sisters in Crime-L.A., an organization dedicated to the advancement of women mystery writers.

A frequent speaker on the topics of sex trafficking, fiction writing and pursuing your passion, Pamela lives in the Los Angeles area and attends Hope in Christ Community Church in Compton.