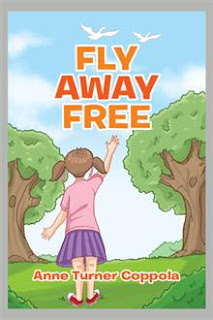 The story begins when Tessie Farrell, an older woman living in South Florida, is walking her dog and rescues a baby osprey whose parents are killed by three young boys raiding the osprey’s nest to steal the baby ospreys. Taking the rescued baby osprey home, Tessie contacts the police to report what happened. After caring and feeding the baby osprey and building a cage for the bird, Tessie finds herself exhausted. Lying down to rest, Tessie is transported back in time, when she was a ten-year-old girl living with her parents on a dairy farm in northern New York. Devastated to learn that she is adopted, Tessie is taunted by her classmates as she struggles to understand why she was unwanted by her biological parents. In her isolation from children her own age, she creates her own fantasy world with the help of Dolly, a horse that is boarded at the farm and whom Tessie adopts as her pet horse, and two pet geese, raised and nurtured by Tessie as hatchlings. While Tessie roams her fantasy world with Dolly, she meets and befriends an older woman, Maudie, who will play a very important role in helping Tessie find herself as she learns to accept who she is and to find acceptance by those around her. This is a story of courage, self-discovery, and love, and a young girl’s struggle to overcome the pain of being adopted.