Tamara Lush Talks About Her Cover for 'Tell Me a Story' 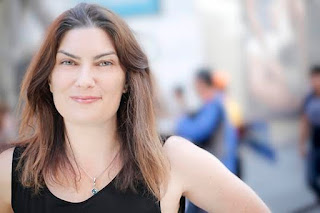 During the day, Tamara Lush writes news as a journalist with The Associated Press. At night, she writes fictional romance tales about complicated, sexy men and the women who love them.

When Tamara isn’t reporting, writing or reading, she’s doing yoga, cooking for her Italian husband or chasing her dogs on a beach on Florida's Gulf Coast. She loves connecting with people on social media.

Tell Me a Story was my first indie publishing attempt. Initially, I was worried about the cover. Clearly, I wasn’t capable of designing my own cover, so I had to choose a designer. My author friend, 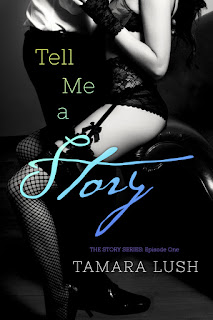 Tina Ellery, gave me the name of a designer: Hang Le. I went to her website and was blown away by her portfolio – she creates sensual, different covers. Her work has a look about it; one can usually tell a Hang Le cover.

I added photos to the Pinterest board for a couple of months, and then she emailed me with a photo (the one that ended up on the cover). It was totally unique – no other author has used that image. I loved it, and she created the cover around that very sexy image of a businessman and a woman in lingerie. We didn’t go back and forth really at all – I adored it from the very first draft.

Since Tell Me a Story is the first of four novellas about the same couple, we will be using the same image but changing the title and the title color for the other three covers. I can’t stress how much I love my cover and the work that Hang did! Eventually, I will put all four novellas into a print book and the cover is going to be incredible.

She also did stunning bookmarks, with the cover on one side, and an image of palm trees on the other. The bookmarks perfectly convey the fairy tale-quality of the story, which is set in Florida. I would love to offer five of your readers (and you!) some bookmarks, so if the first five people who comment would like bookmarks, just let me know and I’ll send them!

Later, the mysterious Caleb with beautiful eyes asks her to read him a bedtime story at his penthouse condo – and she can’t say no to his demands.

But Emma’s been burnt before, and is reluctant to be the plaything of a rich man whose world is so different than hers. She also doesn’t need distractions because her business in danger of closing and everything she’s worked for is poised to crumble. Emma’s made it this far on her own, but as one-night with Caleb turns into more and develops into something deeper, can she trust him when secrets are revealed?