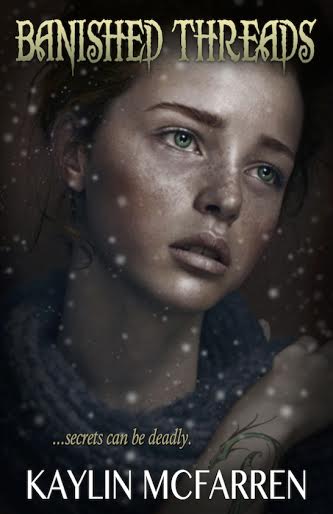 While vacationing at the stately Cumberforge Manor in Bellwood, England, Rachel Lyons and Chase Cohen attend an elegant dinner party hosted by her uncle, Paul Lyons, and his aristocratic wife, Sara. Before the evening ends, a priceless collection of Morris Graves's paintings are stolen from her uncle's popular gallery, throwing all suspicion onto his wife's missing granddaughter. Determined to clear Sloan Rafferty's name and, in the process, win Paul's favor, Chase scours the countryside looking for answers. In his absence, the police accuse Rachel's uncle of an unsolved murder and secrets surrounding her grandmother's death and the deaths of Sara's former husbands turn his wife into the most likely suspect.

With the true villains hell-bent on destroying Paul Lyons and his family, solving both crimes while ensuring her uncle's freedom not only endangers Rachel's life but that of her unborn child. Will Chase save them before the kidnappers enact their revenge or will the ultimate price be paid, as predicted by a vagabond fortuneteller?

A lone figure stood in the estuary lookout nestled in the trees above the North Sea on the Holderness Coast, waiting with restless anticipation as Gwen Gallagher approached the cliff's edge. A quick adjustment to the night-vision binoculars allowed the watcher a closer view of the twenty-eight-year-old secretary as she savored the last autumn sunset she would ever see. The crisp, cool air picked up speed, leaving her long black hair sailing like a ghostly pirate's flag behind her. It lifted the hem of her black skirt slightly, exposing her white shapely legs and black suede booties to the wintry elements. Her pale blue eyes swept across the landscape, appraising the beauty surrounding them. She raised her chin toward the darkening sky and smiled, obviously believing the note she had received, inviting her here, had come from her married lover.
As Gwen moved even closer to the edge, the watcher inhaled a deep breath. All that remained between this ludicrous woman and the vividly blue ocean was two meters of solid rock. From the lookout vantage point, there was barely enough light to confirm that she was staring down at the tossing sands and churning water, mesmerizing in the early evening breeze. All it would take was one push, and she would feel the rush of wind through her hair and see the crystal-blue sea one last time as she slammed headlong into the jagged rocks below.
The watcher's heart was fluttering erratically now as Gwen stood balancing on the brink of extinction. The sky darkened, and gray waves slammed into the rocks, blasting sea spray high into the air. By all appearances, she had become preoccupied by the black storm clouds collecting overhead and the hard-hitting raindrops striking her cheeks. The wind was whipping now and had started to voice its howling rage. Meanwhile, the watcher climbed down from the lookout and stepped hurriedly across the uneven ground, arriving only six yards away from the scene where Gwen now remained frozen in place. The soles of her shoes held her stoically to the uneven mafic rock as the rising wind whipped and swayed her body like a frail willow. For a brief moment, the watcher was uncertain of what to do next. Then Gwen turned around suddenly and stared back in a trancelike state. Another step forward resulted in waking her.
"What are you doing here?" she called out. "What do you want?"
The watcher remained silent and took another step forward before pulling out an engraved, freshly sharpened steak knife. A look of fear crossed Gwen's rain-streaked face, making it impossible not to smile.
"Go away! Leave me alone!" she screeched. She took a final step back to distance herself, just as a massive wave hit. The spray washed over her and sent her plummeting fifteen meters down. The watcher dropped on all fours to maintain a protected position on the slippery, stony ground. Minutes later, the surge passed, and it was now safe to stand. A quick assessment confirmed the dangling binoculars were safe and in excellent working order, but the engraved knife had been washed away. After stepping down to a new viewpoint, it was easy to ascertain that Gwen had been injured from the fall and was now trapped in the jagged rocks below. She looked up at the watcher and called out for help, screaming at the top of her lungs.
Bloody idiot. If someone should hear her, they could interfere, and that would ruin everything.
Five minutes passed as poor Gwen continued to scream. Then, as good fortune would have it, the wind rose again. With the crush of another wave, she was pulled under and swept out to sea.
The watcher smiled and was about to leave when a tiny fraction of light picked up something on the ground. Careful inspection confirmed it was a gold hoop earring, plucked from its owner—a marvelous souvenir to add to the prized, growing collection. After the watcher slipped it into a pocket in the yellow hooded slicker and removed the binoculars, a pleasant thought came to mind. Since it had become a moral right and obligation to dispose of the unworthy and undeserving in the Cumberforge Manor, it wouldn't be long before Gwen's lover would be joining her and the rest of the moneygrubbing fools who had been personally escorted to the bowels of hell.