I’m one of those writers who is compelled to write by her muse.  For years, I lived a life as Super Mom and Super Mom.  When my kids were in junior high, I went back to complete my college degree.  I got my undergraduate degree, then my masters.  When I was offered a fellowship to pay for doctoral work, I grabbed it.  I began teaching writing.  While doing this, I free wrote with my students at the beginning of each class to loosen up their imaginations.  That practice changed my life.  My muse or demon, whichever you want to call her, broke free and I mean FREE!  It was a physical, emotional and mentally painful experience.  I’ve been writing ever since.  I guess she was in some kind of coma all those early adult years—now she won’t be denied.

I published my first poem before earning my Masters. I couldn’t believe it that complete strangers who published a literary journal had read my words and thought them worthy of being put in print for others to read.   I ended up receiving my doctorate from Drake University with a book-length manuscript of my own poetry. Content to know they had been accepted by a committee of five distinguished professors, I never attempted to look for a publisher for the collection.  I was also too busy using a journal to try to figure out what had happened to me while freewriting with my students. Of course I feared I was insane.  One night it dawned on me, I was a writer—one who had a muse who had been so seriously abused, she’d escaped into a coma. I relaxed.

I had a mentor in college who said, “Run don’t walk from academia.”  I followed his advice and used my degree to travel, to teach, and to keep my muse free for writing.  Through the years, I wrote and published poems and short fiction in several literary journals, both in print and online while teaching in various universities in the U.S. and in Turkey. Being an adjunct professor at the college level kept me financially afloat. 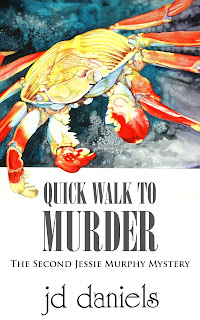 Once I returned from teaching overseas, I used money from my divorce settlement to buy a house where I lived in half of it while rented out the other to cover the mortgage, insurance and property taxes.  One day, the daughters of my ninety-nine year old neighbor who had just died, stopped me when I was taking out the garbage and asked if I wanted to buy her tiny, fixer-upper bungalow—because of its condition, the asking price was $31,000. The bank gave me a construction loan.  I didn’t have to pay the first payment for three months.  I spent that time with the help of an artsy, talented carpenter friend of mine fixing the leaking roof and interior damage. Two weeks before the first payment was due, I had a tenant.   This house I still consider my retirement plan.  Adjuncts of course have no pensions or whatever else full-time workers get. That house secured me financially.  Now I could concentrate on becoming an author.

I spent and still spend much time and work learning the craft of novel and mystery writing. I will be the first to admit I’ve made the mistake more than once to send out a manuscript when it wasn’t fully evolved. That was part of my learning curve.

I’ve had two agents who were not able to find publishers for my books. Receiving grants from the Iowa Arts Council and my college to research and write The Old Wolf Lady, a Biography was rewarding.  The copious hours and money spent attempting to land a traditional book publisher on my own brought no knock on my door. This didn’t stop me writing and publishing small pieces or continuing the work at learning my craft.  I attended conferences.  Gave a few readings. Tried not to become cynical.
One day on the tennis court (Yes, exercise is a part of my writer’s life.  I am a good boss, after all) I met a woman who with another writer had started an independent press in 2002.  She read my work, liked it and invited me into the Savvy Press corral. Along with Savvy Press’s imprints Gowanus Books and SAGA SF I’ve published with them ever since.


If a traditional publisher knocked on my door and wanted to publish my work, would I say yes?  Of course, if the traditional publisher had a great reputation and track record and the contract was good enough.  Traditional publishers have more resources and more money to devote to promoting their authors.  They also give advances.  Independent presses are for the off-the-grid writer who is resourceful and can figure out ways to promote their work without the help of those advances.
Title: QUICK WALK TO MURDER
Genre: Mystery
Author: J.D. Daniels
Website: www.live-from-jd.com
Publisher: Savvy Books
Purchase on Amazon
Quick Walk to Murder opens with the murder of the son of a local crab fisher folk family. Young Jessie Murphy, an artist from Cambridge, MA who solved a homicide the previous season on the island, joins forces with two quirky, but savvy locals in hopes of bringing the murderer to justice. In her search for the reasons behind the murder, Jessie uncovers hidden—and frighteningly disturbing—relationships between the victim and many of his acquaintances.  Among them? A local crab fisherman who secretly hired the young man, the victim’s girlfriend and her over-protective brother, the victim’s college roommate, an adviser at college, a psychic, the victim’s mother and two strangers who show up on the island with badges.  With no shortage of suspects, Jessie launches a pulse-quickening investigation that  leads her to death’s door. But through her own power of reasoning and feisty Irish refusal to not finish a job once begun, Jessie uncovers a startling, surprising ending.
About the Author:
jd daniels is a mystery writer who divides her time between Southwest Florida and Iowa City, Iowa. She has also lived, written prose and poetry, and taught writing at the college level in Boston, Massachusetts and Ankara, Turkey.  She’s published five books, receiving an Iowa Arts Grant for her biography and reached the top of a best seller list for her book of poetry. Over the years, she has worked as a college professor, an aerobics instructor, a bartender, a restorer of historic homes, a landlady and has learned the art of carpentry, dry walling and bookmaking.  Quick Walk to Murder is the second release in the Jessie Murphy mystery series.   Through Pelican Eyes, the first Jessie Murphy mystery, was released in 2014.
Links:
http://www.live-from-jd.com/#!blog/c112v
www.live-from-jd.com