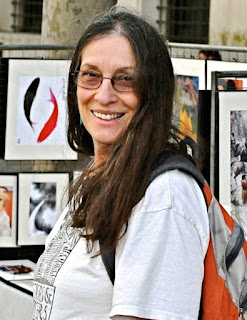 Joan Schweighardt is the author of several books. In addition to her own projects she writes, ghostwrites and edits for private and corporate clients.
Connect with Joan on the web:
www.joanschweighardt.com
https://www.facebook.com/joanschweighardtwriter
twitter@joanschwei
Interview:
Tell us about your book! What is it about and what inspired you to write it?
The Last Wife of Attila the Hun is based on a combination of the history of Attila and some of the legends that grew out of that same time period. I read the legends back in college and fell in love with them and wanted to make them my own. First I tried writing a long poem based on them, but I wasn’t happy with the result. Then I started studying the history of the times of Attila and was inspired to attempt to superimpose the legendary material over the historical material and create a novel.
Tell us about your publishing process. What was it like? Did you go indie or the traditional way?
The Last Wife of Attila the Hun has been published three times. In 2003 Beagle Bay Books, then a small independent traditional publisher, published it in hardcover under the title Gudrun’s Tapestry. It had a great run with them, garnering great reviews, winning ForeWord and Ippy awards, and being translated into Italian and Russian.
A few years ago Beagle Bay transitioned from book publishing to book packaging, and the rights to the book reverted back to me. I had just read a blog about a publisher called Booktrope, and because they were awarded venture capital for their publishing model, and also because they sometimes published reprints of previously published titles, I sent them the book and they accepted it. They gave it a new title, fresh edits, a new cover, etc., published it in October of 2015 and went out of business (so much for their publishing model) in May 2016. 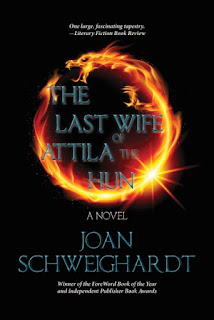 Two lives is a lot for a novel to enjoy in these times. I had no plan to push for a third life for Last Wife. But C.P. Lesley, an author, academic and one of the founders of Five Directions Press, a publishing co-op, had read Last Wife as a prelude to a one-hour interview she did with me for her “New Books in Historical Fiction” podcast segment. When C.P. heard that Booktrope was going down, she contacted me and offered to re-publish Last Wife under the Five Directions banner.
Third time’s the charm, they say. I’ve had several books published over the years. This is the only one that has enjoyed three lifetimes. And this is my first time working with a book co-op. I’m very excited to have this experience.
How did you choose the title for your book? Did it come to you right away, before you started writing the story, or did it come later?
The first title for the book, as mentioned above, was Gudrun’s Tapestry. The protagonist’s name is Gudrun, and a tapestry she creates near the end of the story figures prominently into the plot. The people at Beagle Bay chose that title, and that was fine with me. When the book got to Booktrope, I decided to change the title to The Last Wife, but my then-book manager felt it should be more specific, hence The Last Wife of Attila the Hun. In order not to lose the Amazon reviews Last Wife had garnered during the Booktrope launch, the people at Five Directions and I determined that it would be best to keep the same title for this third launch. The cover of course is new.
Tell us about the cover design process. Did you have a basic idea of what your book cover would be like?
I love the gold and black logo that is used for the very popular Broadway play Hamilton. I mentioned that to C.P. Lesley and she suggested we use a gold dragon symbol as the artwork for my cover. Even though there are no actual dragons “on stage” in the book, the people of the times believed heartily in dragons, and there are stories of “off stage” dragon encounters throughout. Courtney J. Hall, another Five Directions founder and author, and a fabulous graphic designer, took the dragon symbol C.P. Lesley had found and used it to create the front cover.
How was your experience working with the designer?
C.P. Lesley and Courtney J. Hall understood my vision for the cover and simply made it happen. My experience working with them was, therefore, excellent.
Back in the old days—when traditional publishing was the only kind there was—authors didn’t generally get involved with cover design. I didn’t know what Beagle Bay had planned for the cover until I got my box of books in the mail. I loved the artwork they came up with, which featured a chest, a sword and a tapestry, a rather literal interpretation of key elements of the story. And I loved the cover that Booktrope’s Michelle Fairbanks (of Fresh Design) came up with, which featured an ancient map of Europe. And I love the new cover. All three covers are very different and all are equally appropriate.
What has been the readers’ response to your cover?
So far everyone who has had reason to comment has said they love it.
What tips would you give to authors who are looking for a cover designer?
The options for cover art are endless. Don’t overthink it, or you will make yourself crazy. Unless you yourself know something about cover design, share your vision for the book with your designers and then sit back and see what they come up with.
One of my favorite covers was for a novel I wrote called The Accidental Art Thief. My publisher for that book (Twilight Times Books) asked me to put together a list of key words describing the book and then asked several cover artists to come up with cover concepts. Then I got to pick the one I liked the best, which was so awesome and really fit the whimsical tone of the book. When you are describing the book, be sure to describe its spirit as well as its story.
Anything else you’d like to say about your book?
I loved writing The Last Wife of Attila the Hun. It’s a complete surprise to me—and a great pleasure—to find myself still talking about it all these years after its first incarnation. I’m very grateful to all the people at Beagle Bay, Booktrope and now Five Directions who have had some part in helping to generate the three lives of my book. And I’m happy to have some small part in extending the lives of the wonderful legends on which the book is based.