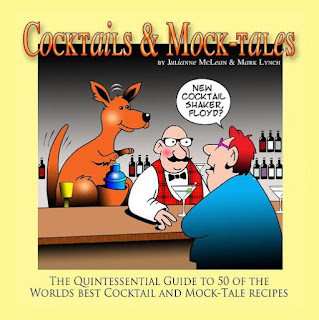 Cocktails and Mock- Tales is not just about alcoholic beverages. The book is about sensations that tickle your tastebuds and humour that tickles your fancy. It includes non-alcoholic beverages that the whole family can enjoy and even herbal recipes for the adventurous.

Have one extremely tall high ball glass and a giant cocktail shaker at the ready
Ingredients:
Unlimited centilitres of wit and humour
9 cl or 3oz titillating snippets of history and gossip
Add flavours of exotic destinations
A dusting of spice mixed with satire
Several centilitres of high spirits (optional)

Shake with vigour. Garnish with an open mind and your own sense of humour
Now you are ready to truly laugh and savour Cocktails and Mock Tales!
Amaze your friends and family with your knowledge of the origins of international beverages and excite their tastebuds with these exotic sensations.

Julianne McLean Talks Book Covers
The book cover was the creation of Mark Lynch award winning humorist and cartoonist.
As the book is about international cocktails and Mark was moved to do his cartoon with an Australian theme.

Mark decided, not the publisher, the design of the front cover and the only amendment to be made was an increase in the number of recipes included in the book from 40 to 50.

Mark’s genius is apparent from the cover right through the next 25 cartoons.

His talent has won him many Australian and international awards. And his cartoons can be viewed in Germany both in the rail stations in Munich and Berlin. They are seen by 1.5 million people per day!

Mark was, amongst many roles, lead cartoonist for the Australian newspaper.

Mark is a very spontaneous creator. He nailed our cover in one go! 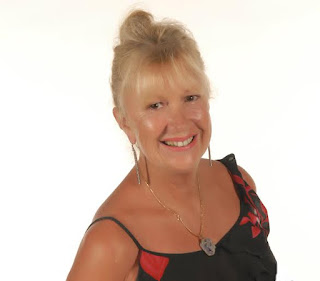 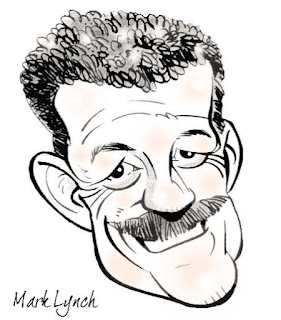 Mark Lynch our Australian cartoonist, describes himself as being born “sometime in the middle of the last century.”

After doing a variety of Jobs, Mark became a QANTAS Flight attendant and he quips that “the next nineteen years of his life resembled an exotic beer commercial set in a variety of world- wide locations”.

Mark was editorial cartoonist for the leading publication, “The Australian” newspaper. His work has been enjoyed in more publications than you could count, ranging from Australian dailies, even ‘Le News Switzerland”. Mark’s cartoons appear in a variety of forms and diversity world-wide including video screens in the Berlin and Munich subway system where they are seen by 1.5 million people a day.

Mark is the recipient of 48 international and Australian cartoon awards!

Mark lives in Sydney with his lovely wife, Jenny, and two sons and to learn more about Mark and see further cartoons, visit www.cartoons-a-plenty.com