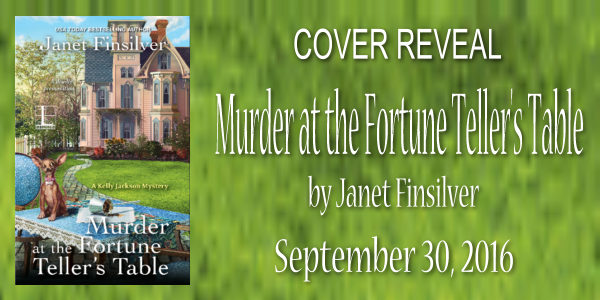 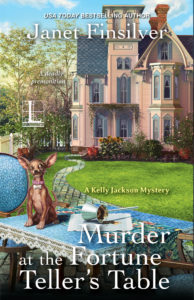 When a local woman begins searching for a couple she hasn’t seen since the 1960s, Redwood Cove Bed and Breakfast manager Kelly Jackson and the crime-solving group, the “Silver Sentinels,” are quick to help out. They’re also quick to guess that they’re in over their heads after the woman is found dead beside the body of a Greek fortune teller—and a fellow Sentinel gets attackeds. As Kelly juggles work and her responsibilities at a food and wine festival in town, she and her sleuthing posse must confront a killer obsessed with old secrets . . . and solve a murder mystery more than fifty years in the making . . . 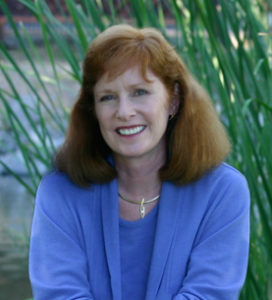 Janet Finsilver and her husband reside in the San Francisco Bay Area. She worked in education for many years as a teacher, a program administrator, and a workshop presenter. Janet loves animals and has two dogs—Kylie and Ellie. She’s been involved in many activities during her life. Janet has ridden western style since she was a child and was a member of the National Ski Patrol. She’s traveled extensively. One of the highlights of her life was touching whales in the San Ignacio Lagoon. She enjoys cooking, and a recent attempt to reduce the number of cookbooks in the cupboard wasn’t very successful. She’s an avid reader—of course!   She’s currently working on the next book in her series scheduled for release in June 2016.