On the Spotlight: The Gail Force, by Robert Lane 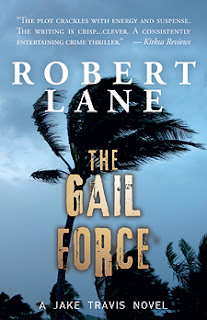 "Charm and humor permeate the pages of the surprising thriller. There's little chance that anyone will turn the last page before developing a craving for the next installment." –ForeWord Reviews

Award-winning novelist Robert Lane, who has drawn comparisons to John D. MacDonald, has created one of the most compelling characters in mystery today.  PI Jake Travis is tough, smart, wise and wisecracking. He’s hailed as “a winning hero”—and this time, Jake has an elaborate knot to untangle.

While trying to expose a corrupt Miami art dealer, Jake goes undercover for the FBI. The gallery's owner, Phillip Agatha, is more enchanted with murder than he is with art. Aboard Agatha's luxury yacht, the Gail Force, Jake is taken with Agatha's hospitality—and with his alluring assistant, Christina, a woman who harbors her own secrets. Unknowingly, Jake plays into Agatha's hands and initiates actions that could cause an innocent girl to die.

As Jake struggles to save the girl, unearth a rogue FBI agent, and bring Agatha to justice, his greatest challenge is to stay loyal to his girlfriend Kathleen—and to withstand the Gail Force.  As Jake himself observes, “After all, everything’s a game. Sometimes you win. Sometimes you lose. Sometimes you don’t know what game you’re playing.”  This game is on…

The Gail Force is crime fiction writing at its finest.  With a storyline that races from the opening page, characters that stay with readers long after the final page is turned, and the wit, wisdom, lust for life, and cynicism of Jake Travis, The Gail Force will leave readers breathless. 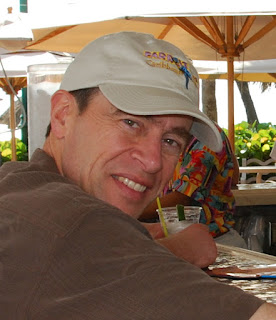 Robert Lane resides on Florida’s west coast. His debut Jake Travis novel, The Second Letter, was received with critical acclaim and was awarded the Gold Medal in the Independent Book Publishers Association (IBPA) 2015 Benjamin Franklin Award for Best New Voice: Fiction.  His other novels in the stand alone series are Cooler Than Blood, and The Cardinal’s Sin.

www.robertlanebooks.com
Book Cover Junkie at 10:46 AM