Cover Talk with 'Friend of the Devil' Mark Spivak 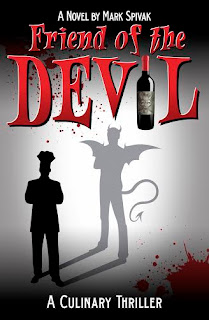 In 1990 some critics believe that America’s most celebrated chef, Joseph Soderini di Avenzano, sold his soul to the Devil to achieve culinary greatness. Whether he is actually Bocuse or Beelzebub, Avenzano is approaching the 25th anniversary of his glittering Palm Beach restaurant, Chateau de la Mer, patterned after the Michelin-starred palaces of Europe.

Journalist David Fox arrives in Palm Beach to interview the chef for a story on the restaurant’s silver jubilee. He quickly becomes involved with Chateau de la Mer’s hostess, unwittingly transforming himself into a romantic rival of Avenzano. The chef invites Fox to winter in Florida and write his authorized biography. David gradually becomes sucked into the restaurant’s vortex: shipments of cocaine coming up from the Caribbean; the Mafia connections and unexplained murder of the chef’s original partner; the chef’s ravenous ex-wives, swirling in the background like a hidden coven. As his lover plots the demise of the chef, Fox tries to sort out hallucination and reality while Avenzano treats him like a feline’s catnip-stuffed toy.

I was fortunate that my publisher, Black Opal Books, gave me the option of designing my own cover---normally, publishers just do it and writers have little or no input. A friend of mine owns the Venue Marketing Group in West Palm Beach, and she offered to do it. We worked with her designers until we got the final version, which I think is eye-catching and arresting. It took about three tries to get it right. Initially they gave me four different versions; my wife and I whittled it down to one, and then we started refining it.

From the beginning, I knew more or less what I wanted. Friend of the Devil tells the story of America’s most celebrated chef, who has cut a deal with the Devil for fame and fortune. I can’t remember if I gave them the idea of the chef’s silhouette coming out as Satan, or if they came up with that on their own; either way, I think it conveyed the essence of the novel. They added the wine bottle in the title, as well as the blood spatter in the corner. Overall, I’m really happy with the way it turned out. Book publishing is an intensely competitive business today, and it’s important to convey to prospective readers that your book is exciting, dramatic and special. 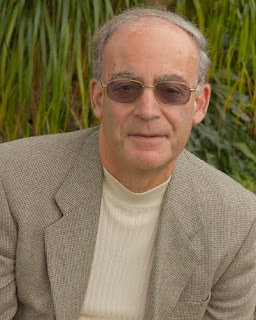 Mark Spivak is an award-winning author, specializing in wine, spirits, food, restaurants, and culinary travel. He was the wine writer for the Palm Beach Post from 1994-1999, and was honored by the Academy of Wine Communications for excellence in wine coverage “in a graceful and approachable style.” Since 2001 he has been the Wine and Spirits Editor for the Palm Beach Media Group, as well as the Food Editor for Palm Beach Illustrated; his running commentary on the world of food, wine and spirits is available at the Global Gourmet blog on www.palmbeachillustrated.com. His work has appeared in National Geographic Traveler, Robb Report, Men’s Journal, Art & Antiques, the Continental and Ritz-Carlton magazines, Arizona Highways and Newsmax. From 1999-2011 Spivak hosted Uncorked! Radio, a highly successful wine talk show on the Palm Beach affiliate of National Public Radio.

Spivak is the author of two non-fiction books:  Iconic Spirits: An Intoxicating History (Lyons Press, 2012) and Moonshine Nation: The Art of Creating Cornbread in a Bottle (Lyons Press, 2014). Friend of the Devil is his first novel. He is currently working on a political thriller set during the invasion of Iraq.