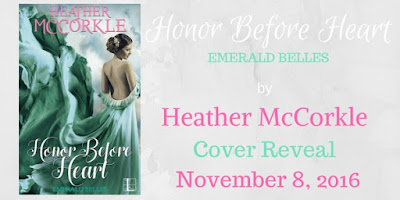 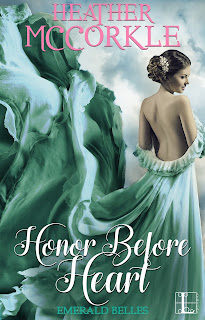 When Corporal Sean MacBranian awakens after being injured in battle, he is sure the luck o’ the Irish has run out on him. Or that he’s died and gone to Heaven
. There can be no other explanation for the blond-haired, blue-eyed angel standing before him. But his “angel” is a truehearted lass named Ashlinn, and she wears a nurse’s uniform. Her tender ministrations have brought him back from the brink of death—and have given him a new reason for living.

Ashlinn knows their parting is inevitable; her handsome hero must return to the 69th infantry of the Union army, and there are no guarantees of his safe return. With most of her family already destroyed by the war ravaging America, she is sure she cannot survive another loss. Yet she feels powerless against the draw of Sean’s strong and steady heart. Neither time nor distance nor the danger of battle seems to lessen their bond. But when their secret letters are intercepted, the devoted nurse’s love will face the ultimate test . . .

Heather is an award winning author paranormal, steampunk, and historical who is represented by Nicole Resciniti of the Seymour Agency.

Becoming a published author has been a life-long goal that she has known she wanted since she was twelve. At that age, she wrote her first book and has been writing ever since. The path to where she is now as an author has been wrought with detours and road blocks, but she stayed the course and finally partnered with two agents and ultimately signed with one of them.

When she is not writing, editing, or designing book covers and websites, she can be found on the slopes, the hiking trails, or paddle boarding. As a native Oregonian, she enjoy the outdoors nearly as much as the worlds she creates on the pages. No need to travel to the Great Northwest though, you can find her on her website and her many social networking sites. You can also find her the first Monday night of every month at 6:00 pm PT on the #WritersRoad chat on Twitter. She is the co-creator and moderator of the chat. Entertaining readers, protecting endangered species, and uncovering stories and points of view that haven't been covered are her passions.

Because she loves making the dreams of others come true, she is also an Acquistions Editor with City Owl Press (submission guidelines are here), an up and coming new press out of New York. She is also a cover designer for both publishers and independent authors. She does limited freelance work through her company McCorkle Creations, which includes not only covers, but swag designing (bookmarks, business cards, postcards), and occassionally formatting. For more info, click on this link to her design site.