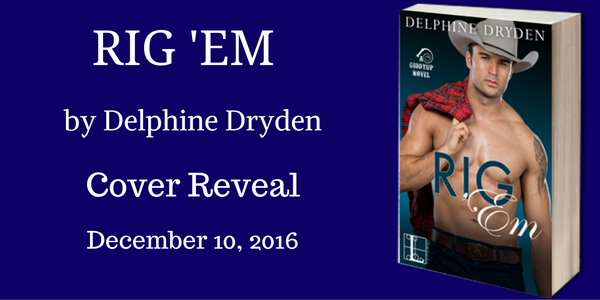 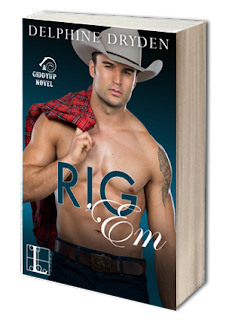 SADDLED
Thanks to a boots knockin’ schedule of both vanilla and kinky events, the Hilltop Guest Ranch is more successful than ever. And with their hemp rope skyrocketing into a sought-after bondage staple, Chet is fielding a lot of questions about his cousins’ business . . . and indulging his own kinky side with the help of Diego, the ranch’s hot, accommodating gamekeeper . . .

SPURRED
The fun is kicking into high gear until Chet ropes in a roving reporter trying to crash a private event. But Nicole’s not just any reporter—she’s Diego’s former Mistress. And she’s not crashing, she’s trying to win Diego back and enjoy a weekend of open-air pleasure . . .

FULL GALLOP
Chet’s not willing to give up his favorite sub so easily, and he doesn’t trust Nicole. He fully intends to keep an eye on her. But Diego wants them both and he has a plan to turn observation into participation. It seems the best kind of trouble comes in threes . . .

Delphine Dryden majored in English at the University of Texas at Austin, and probably should have gone ahead and gone for that MFA and PhD to become an English professor like she planned. Instead, she took a detour through law school, practiced law for a woefully brief time, and wound up working in special education for the next fifteen or so years (first as a teacher, then as an educational diagnostician). Somewhere in there, she also obtained a Master’s in Educational Psychology/Special Education.