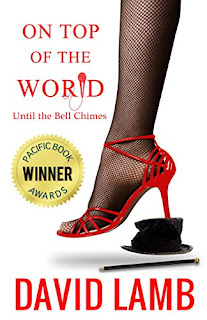 2016 BEST FICTION-Pacific Book Awards. FROM THE FUNNY AND NATURALLY BRILLIANT DAVID LAMB, award-winning playwright of the New York Times celebrated play, Platanos Y Collard Greens, comes a modern spin on Dickens' classic tale that perfectly combines humor and romance in a story re-imagined for our digital, consumerist age.  This version of Scrooge and Belle is familiar, yet unlike any you've come across before. Scrooge, or rather Scrooje, is music's biggest superstar, with one hundred million albums sold, fifteen million devoted YouTube subscribers, two and a half million Facebook likes, and twenty-five million fanatical Twitter followers known as Scroojites. Belle, is a legal shark who gulps down her opposition voraciously and whose beauty and stunning figure causes traffic accidents as she zips through the sidewalks of Manhattan stylishly adorned and taking no prisoners.   They never imagined being music's most powerful couple, but that's exactly what happened when Belle fell head over heels and gave the Coke-bottle glasses wearing, plaid and stripe attired, scrawny, biggest nerd on her college campus the ultimate makeover, turning him into a fashion impresario whose style sets trends from Milan to NY Fashion Week and who can be seen courtside at the NBA Finals sporting a perfectly-fitted cashmere suit.   Then it happens. Belle realizes too late that she's created a chart-topping monster as Scrooje's ego explodes and he starts acting a fool.   Now, it's been three years since they ve spoken. But tonight at Hollywood s biggest red carpet event, with the whole world watching, they'll be given a second chance.   Will Scrooje listen to the ghostly-advice of Marley, his best friend since the fourth grade, who at the time of his untimely drowning at his Brazilian poolside birthday bash was as big a star as Scrooje? Will Scrooje finally do right by his number one artist, Cratchit, a genius comedian, who Scrooje invariably rip offs every chance he gets?   And with twenty-five million viewers tuned in will Scrooje finally shed his ego, jeopardize his image and declare his love for Belle, the one he betrayed and let slip away?   Second chances don't often come around. Will Belle even give him a chance?   Mixing heart, soul, bling and romance in a fresh, original satire about race, class and celebrity worship Lamb establishes himself as one of the most talented and amazing writers today. And leaves no doubt that the Pacific Book Awards chose wisely when they selected On Top Of The World as the year's Best Fiction. 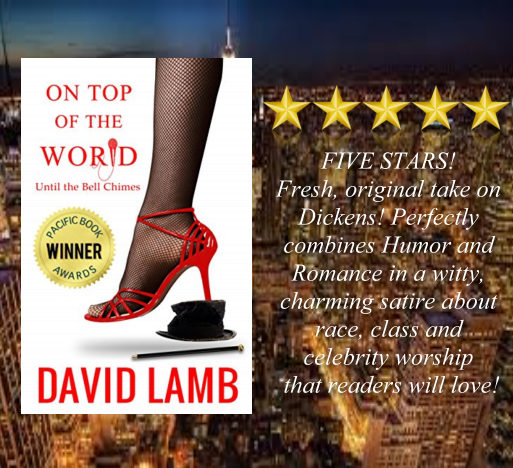 The devil doesn’t wear Prada, he wears Sean John and I was the idiot who taught him how to shop.
That was what I got for reading Frankenstein in college. I’d been turned into a mad scientist without even realizing it. Just my luck, I was a math major and the one literature course I took had tricked me into creating a monster.
When I first met Scrooʝe, he—like most humans with XY chromosomes—was a fashion emergency. Awkwardly walking around campus—lost, desperately in need of a haircut, and for some strange reason wearing glasses so big he looked like an owl hunting for prey. He was just plain pitiful.
But I have to confess, from the moment I saw him my heart sang a happy song and I couldn’t look away. Something between us was magnetic. 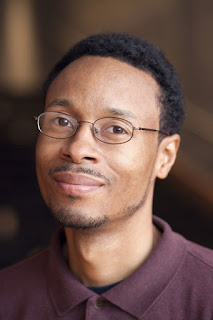 David Lamb is a native New Yorker, born and raised, bitten with the writing bug since he was in elementary school and had handwriting nobody could decipher. Like Charles Dickens, David grew up a poor boy in the big city who found that the pen really is mightier than the sword. In middle school Lamb’s hero was David Lampel whose velvet voice could be heard reporting the news over David’s grandmother’s radio. Whenever he heard him on the radio, David would substitute Lamb for Lampel and pretend he was delivering the news. Sure that he was destined to be a famous reporter David was happy to go to a high school with a journalism program. Like most kids, by the time he finished high school he had a whole new career in mind. After high school he went to Hunter College and majored in Economics because he wanted to be cool like that college kid who came to speak at his last year of high school. He was an Economics major, he was dressed sharp and above-all the girls thought he was the man! So like any unreasonable high school boy fueled by overactive hormones David figured if he majored in Economics they’d think he was cool. After finishing college David went on to law school at NYU, but all the time writing was still his heart. While working as a lawyer by day, at night he transformed into a writer and eventually wrote and produced the award-winning hit off-Broadway romantic comedy Platanos Y Collard Greens. Being a writer and having the chance make people laugh out loud while challenging them to think about the world around them, and inspire each of us to believe in the power of love and our own ability to overcome life’s challenges is a great gift that David truly enjoys and thanks you for allowing him to share with you in On Top Of The World (Until The Bell Chimes).