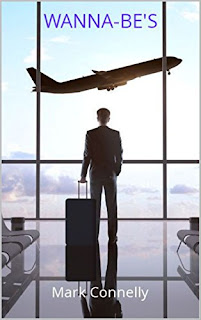 With his new girlfriend – a soccer mom with a taste for bondage – urging him to “go condo,” failed screenwriter Winfield Payton needs cash. Accepting a job offer from a college friend, he becomes the lone white employee of a black S&L. As the firm’s token white, he poses as a Mafioso to intimidate skittish investors and woos a wealthy cougar to keep the firm afloat. Figure-skating between the worlds of white and black, gay and straight, male and female, Jew and Gentile, Yuppie and militant, Payton flies higher and higher until the inevitable crash. . .

This book right here! What can I say about Winfield Payton...is he the most unlucky pasty or most unlikely fall guy...what a schmuck...I laughed so hard at this,for this guy....with this guy....every character described in this book will immediately remind you of a real life joker in the in the 24 hour news cycle on all of the Major networks and cable television channels regurgitating skewed facts benefiting them and lining their pockets....it's hip and fresh writing which could easily become a HBO series....or Starz..maybe..anyway get this book....I laughed so hard...almost popping my recent stitches from surgery...Mr. Connelly...thanks for making my recuperation fun...this book is not for the faint of heart..or PC sensitive readers...

The cover shows a man in an airport watching a plane taking off.  Other people miss the bus, Winfield Payton, my hapless hero, misses the plane.  Wanna-be’s is about people hungering to make it – to be rich, famous, celebrated, known.  It’s a satire about a fall guy, a loser bumbling and stumbling through a series of misadventures.

I independently published this book, so I had to design the cover myself.  Because it is an urban drama, I considered various cityscape images – skylines and building fronts. I looked at paintings, drawings, and photographs of banks, construction sites, and factories.  Part of the novel deals with a scheme to rehab an old brewery into upscale condos, so I looked at a lot of old brewery buildings.  I also looked at board room scenes.  I thought of a shot of a laptop on a Lear jet or the back of a Rolls Royce.   All these shots, however, simply illustrated one scene and missed the overall theme of the book.

Finally, I took inspiration from the text I came up for the back cover which describes Winfield Payton flying “higher and higher until the inevitable crash.”  That led me to focus on him as a would-be passenger – heading or trying to head somewhere.  I found a great shot in a stock photo bank and purchased the rights.  All I had to do was add the title and my name.

The cover I ended up with fits the book and the lead character.  The plane soaring into the clouds suggests action, success, and a future destination.  The passenger passively watching it take off indicates inertia, lost opportunity, dejection.  We don’t see the man’s face, so you can project onto him what he must be feeling.  The smooth floor of the airport reflects the sky so he appears to be standing on clouds.  A perfect image for a wanna-be lost in dreamy delusion. 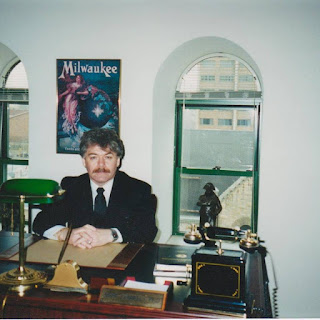 Mark Connelly was born in Philadelphia and grew up in New Jersey.  He received a BA in English from Carroll College in Wisconsin and an MA and PhD from the University of Wisconsin-Milwaukee.  His books include The Diminished Self: Orwell and the Loss of Freedom, Orwell and Gissing, Deadly Closets:  The Fiction of Charles Jackson, and The IRA on Film and Television.  His fiction has appeared in The Ledge, Indiana Review, Cream City Review, Milwaukee Magazine, and Home Planet News.  In 2014 he received an Editor’s Choice Award in The Carve’s Raymond Carver Short Story Contest; in 2015 he received Third Place in Red Savina Review’s Albert Camus Prize for Short Fiction. His novella Fifteen Minutes received the Clay Reynolds Novella Prize and was published by Texas Review Press in 2005.