In the Spotlight: Never Go Alone by Denison Hatch

Hot off the presses! NEVER GO ALONE by Denison Hatch is available now! Please a comment below and say hi! 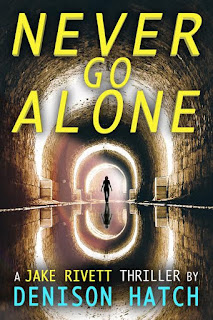 Already undercover with one foot on each side of the blue line, Rivett is ordered to infiltrate the group and discern responsibility. Battling against both his own personal demons and misgivings regarding his superiors, Rivett dives deep into the urban exploration scene in pursuit of the truth. But what, and who, he finds—deep in the sewers, up in the cranes above under-construction skyscrapers, and everywhere else in New York—will change not only Jake, but the city itself.

Denison Hatch is a screenwriter and novelist based in Los Angeles. Although he lives in the proverbial desert now, he is originally from Delaware—land of rolling hills and DuPont gunpowder. Denison has a number of feature and television projects in development, including his original screenplay, Vanish Man, which is set up at Lionsgate. A graduate of Cornell University, Denison lives with his wife and big dog in a little house in Hollywood. Never Go Alone is the second novel in the Jake Rivett series.

http://www.pumpupyourbook.com
Book Cover Junkie at 12:00 AM