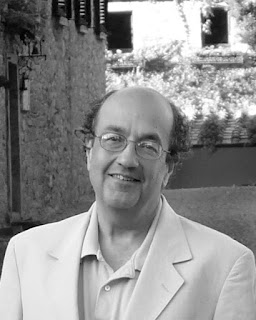 Harley Mazuk was born in Cleveland, and majored in English literature at Hiram College in Ohio, and Elphinstone College, Bombay U. Harley worked as a record salesman (vinyl) and later served the U.S. Government in Information Technology and in communications, where he honed his writing style as an editor and content provider for official web sites.
Retired now, he likes to write pulp fiction, mostly private eye stories, several of which have appeared in Ellery Queen Mystery Magazine. His first full length novel, White with Fish, Red with Murder, was released Feb. 28 of this year, by Driven Press.
Harley’s other passions are reading, his wife Anastasia, their two children, peace, running, Italian cars, and California wine.
Link to book: http://www.drivenpress.net/white-with-fish-red-with-murder
Social media: http://www.harleymazuk.com/ , http://harleymazuk.blogspot.com/ , https://www.facebook.com/HarleyMazukAuthor/ Twitter--@fswiver
Interview:
Tell us about your book! What is it about and what inspired you to write it?
White with Fish, Red with Murder is the story of private eye Frank Swiver, who accepts an invitation to a wine tasting in a private rail car, and brings along his secretary and lover, Vera Peregrino. They’re two thirds of a love triangle. The host, General Thursby, wants Frank to find proof that a friend whose death was ruled accidental was in fact murdered. Thursby suspects Cicilia O’Callaghan, widow of his late friend, and an old flame of Frank’s, and now, the third leg of that triangle. But Thursby takes two slugs through the pump, and the cops arrest Vera for his killing. Frank spends his nights with Cici, and his days trying to find Thursby’s killer and spring Vera. But soon he realizes he’ll have to change, or risk losing both women . . . and maybe his life.
I wrote this story because I had read all of Raymond Chandler’s fiction, and most of Dashiell Hammett’s. I loved it, and I wanted more, even if I had to write it myself. My writing pays homage to the feel of their stories in characters, atmosphere, dialogue, and plot. I hope that if you like Sam Spade and Phillip Marlowe, you’ll enjoy Frank Swiver. 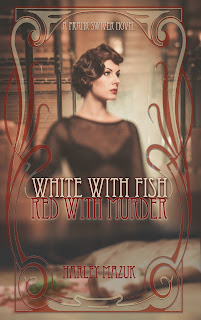 Tell us about your publishing process. What was it like? Did you go indie or the traditional way?
I had to look up “indie publishing” online to try to answer this question, so I don’t think I’m indie. But in some ways, a small publishing house is a little like being an independent author.
When I had a finished, edited, revised manuscript, ready to go take on the world, I intended to go the traditional route. I looked for an agent first. Picking one was difficult, and I had no luck with the agents I chose, so I sent out a mass e-mailing. That landed me a reputable, enthusiastic agent, but she didn’t have any luck selling the book, so after a year and a half, I was back where I started. But then I had luck submitting to publishers who still accept un-agented submissions. I signed with Driven Press, a small Australian publisher, about two years ago, and the book is coming to fruition now.
How did you choose the title for your book? Did it come to you right away, before you started writing the story, or did it come later?
The title came to me early in the book’s development. White with Fish, Red with Murder—it’s supposed to call to mind one of the early rules you learn about choosing wines—white with fish, of course, and red with meat.
One day, a mystery writing colleague said to me, “You know, your title makes the book sound like a cozy.” Which it’s not, really. It’s neither gruesome nor gory, and I don’t care much for profanity, but we do have some sex.
Tell us about the cover design process. Did you have a basic idea of what your book cover would be like?
My publisher, Driven Press, likes to do its covers in-house. So I talked a little with my editor/handler at DP, Suzanne Kneeves. We thought maybe an Art Deco look, with a hint of Tamara de Lempicka.
Who is your cover designer and how did you find him/her?
Suzanne says to credit Mumson Designs for the work, but I think she played a major role.
How was your experience working with the designer?
My experience with the designer was smooth and easy going. Suz and I only talked that one time about a general look for the book. She “picked out some key elements — the era, the feel of the story, the key plot points, and then searched for images that fit.” She liked the idea of an art deco look, so incorporated that into the cover along with the other key points: set in the 1940's, on a train with a beautiful woman. Suz writes that she “added the murder and wine elements after discussion with [me]. Next was blending and toning all the different images we purchased from Adobe to match and voila!” She presented me with a design after only a few weeks.
What has been the readers’ response to your cover?
Well, it’s too early to say much about readers’ responses, but I have received some “love the cover” comments on Facebook. I’m very happy with it. I’ve been conscious of book covers since last summer, and the more I see the better mine looks to me.
What tips would you give to authors who are looking for a cover designer?
A friend of mine in Rio has a photographer friend, who gave her a great photo for her book cover. Maybe you have an artist or photographer friend who can produce some cover art for you. If not, ask around in the writer community. Note the names on covers you like, and see what you find on the internet.
Anything else you’d like to say about your book?
I’d enjoy hearing from other writers, or from my readers. Harley.c.mazuk@gmail.com
Harley Mazuk [http://www.harleymazuk.com/] is a mystery writer living in Maryland. His first novel, White with Fish, Red with Murder [http://www.drivenpress.net/white-with-fish-red-with-murder] is out now, from Driven Press. [http://www.drivenpress.net/]