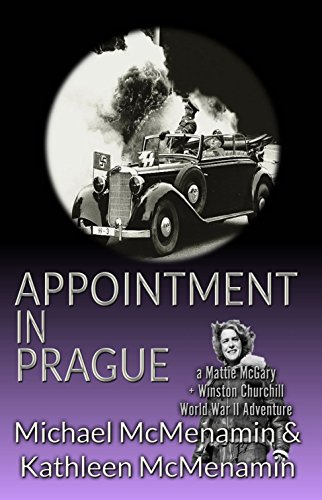 In the novella, Appointment in Prague, one woman, a British secret agent, sets out in May 1942 to single-handedly send to hell the most evil Nazi alive—SS General Reinhard Heydrich, the head of the SD, the domestic and foreign counter-intelligence wing of the SS; second in rank only to the head of the SS himself, Reichsfuhrer SS Heinrich Himmler; and the architect of  “The Final Solution” that will send millions of European Jews to their doom.

When British Prime Minister Winston Churchill authorizes the SOE—the ‘Special Operations Executive’— in October 1941 to assassinate Heydrich, he is unaware that the entire operation has been conceived and is being run by his Scottish goddaughter, the former Pulitzer Prize-winning Hearst photojournalist Mattie McGary. The SOE is Churchill’s own creation, one he informally describes as the Ministry of Ungentlemanly Warfare and, at his suggestion, Mattie becomes one of its Deputy Directors.

Mattie has a history with Heydrich dating back to 1933 and a personal score to settle. In September 1941, when the man known variously as ‘The Blond Beast’ and ‘The Man With the Iron Heart’—that last coming from Adolf Hitler himself—is appointed Reichsprotektor of Bohemia and Moravia, the remnants left of Czechoslovakia after the Germans had dismembered it in 1939, Mattie is determined—now that he is no longer safely within Germany’s borders—to have him killed. She recruits and trains several Czech partisans for the task and has them parachuted into Czechoslovakia in December 1941.

An increasingly impatient Mattie waits in London for word that her agents have killed the Blond Beast. By May 1942, Heydrich still lives and Mattie is furious.  The mother of six-year-old twins, Mattie decides—without telling her godfather or her American husband, the #2 man in the London office of the OSS—to parachute into Czechoslovakia herself and  “light a fire under their timid Czech bums”. Which she does, but her agents botch the job and Heydrich is only wounded in the attempt. The doctors sent from Berlin to care for him believe he will recover.

On the fly, Mattie conceives a new plan to kill Heydrich herself. With forged papers and other help from the highest-placed SOE asset in Nazi Germany—a former lover—Mattie determines to covertly enter Prague’s Bulovka Hospital and finish the job. After that, all she has to do is flee Prague into Germany and from there to neutral Switzerland. What Mattie doesn’t know is that Walter Schellenberg, Heydrich’s protégé and the head of Foreign Intelligence for the SD, is watching her every move.

KEEPING SECRETS from her husband, Bourke Cockran, Jr., was nothing new for Mattie McGary as she gently kissed her sleeping husband goodbye before she left for her office where she had to prepare two pieces of correspondence. One was an ‘eyes only’ letter to her godfather, Prime Minister Winston Churchill, telling him everything about her new mission, one he never would have approved had he known beforehand. The other was a letter to her husband on the same subject where she most definitely would not tell him ‘everything’. The second letter would be much more difficult to write than the first.
When she had been a Pulitzer Prize-winning photojournalist for the Hearst organization in the 20s and 30s, she often had promised confidentiality to her sources and kept their identities a secret even from Cockran, both before and after he became her husband. He understood because, as a lawyer, he never disclosed to her privileged and confidential communications he received from his clients no matter how newsworthy and interested she might be in that information.
Once her godfather, Winston Churchill, became Prime Minister in May 1940 and, at his request, she joined the SOE—the ‘Special Operations Executive’—Mattie’s entire professional life became a secret from Cockran, courtesy of Great Britain’s Official Secrets Act. The SOE was Churchill’s own creation which he informally, albeit accurately, described as the Ministry of Ungentlemanly Warfare.
A year later, in June 1941, at the behest of his law partner, William ‘Wild Bill’ Donovan, Cockran began work for a new United States government agency that became the OSS—the ‘Office of Strategic Services’—so that his entire professional life became a secret from her thanks to the America’s Espionage Act of 1917.
Now, Cockran was the #2 man at the OSS station in London and she was the Deputy Director of the SOE for Central Europe. It had certainly complicated their marriage, Mattie thought as she softly closed the door to their suite at the Savoy.

MATTIE STOOD up from her desk in her office at SOE headquarters, the outside of which carried on a brass plate the innocuous name of Inter-Services Research Bureau, and walked over to the sideboard. She made herself a cup of tea and looked down on the traffic below on Baker Street where it was raining and pedestrian umbrellas were out in full force.
A husband and wife being spies for different Allied governments raised more than a few eyebrows in the SOE and the OSS, but each spouse had their own high-ranking patrons, Mattie with her godfather as the British Prime Minister and Cockran with his old law partner Donovan as head of the OSS. Nevertheless, they never brought work home to their suite at the Savoy and never discussed with each other what they did.
Mattie was in a dilemma today, however, because they had made each other a promise that she was about to violate. For the sake of their two six-year-old children, fraternal twins Nora and Eric, they had promised not to volunteer for any dangerous assignments in the field. At the time, it seemed like a safe promise as both were sufficiently high-ranking in their respective organizations not to be sent into any countries occupied by the Nazis.
That was all before Operation Anthropoid—the assassination of SS General Reinhard Heydrich, the ‘Butcher of Prague’—went off the rails. No one else at SOE knew the reason why, but she did. The operation was her idea from the outset. She had conceived it; she had personally trained the three Czech SOE agents involved; and she was their handler now that they were in the field.  They had been in Czechoslovakia for almost six months and nothing had happened. Others might disagree, especially if they knew why she had pushed Operation Anthropoid so vigorously, but she thought she was the only one with the necessary background to get the show back on track.
That was why she was not flying to Stockholm tomorrow for her bimonthly interview with the SOE’s most highly placed asset in Nazi Germany—her former lover Kurt von Sturm, a high-ranking aide to the head of the Luftwaffe, Reichsmarshall Hermann Göring. Instead, she would be resurrecting from storage the leather flying outfit she had first worn over ten years ago—a shearling–lined sheepskin flying jacket with matching sheepskin trousers, boots and helmet—when she had flown across the country in Cockran’s autogiro in her attempt to break Amelia Earhart’s coast-to coast autogiro record. Then, that night, she would parachute into Occupied Europe to kick-start an assassination plan that should have been completed six months ago.
Travel outside Great Britain came with the job descriptions for her and her husband. Typically, they told each other when they left the country unless the destination itself was mission critical. Well, her destination this time was most definitely mission critical and she would be breaking her word to Cockran by doing so—she not only had volunteered for the mission, she had created it. Still, she didn’t want to lie and telling him she would be away for a month on assignment without adding that she would be out of the country would almost be the same as a lie.
Finally, Mattie settled on the least deceptive option. She would tell him the truth, just not all the truth. Isn’t that what lawyers did all the time? She would tell him she was going to Switzerland on assignment. Which she was, eventually, if she survived the most dangerous part of the mission. She just wasn’t going there first. She went back to her typewriter to finish her letter to the Prime Minister filling him in on her mission and instructing him on what he was to tell her husband if she didn’t make it back. She knew Winston wouldn’t like what she was doing any more than her husband and indeed likely would have forbade her to do so had he known. But her godfather had a war to run and he could not possibly keep track of every SOE or MI-6 mission abroad. From her days working for Hearst, Mattie had always believed begging for forgiveness afterwards was better than asking for permission beforehand.  After all, it wouldn’t be a violation of the Official Secrets Act for the Prime Minister to know what her husband could not.
Over nine years in the making, an old score was about to be settled. Reinhard Heydrich was about to discover that, just as Death once had an appointment in Samarra, Mattie McGary had an appointment in Prague. 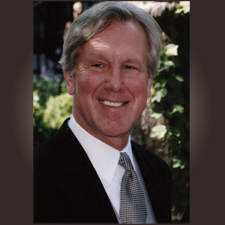 Michael McMenamin is the co-author with his son Patrick of the award winning 1930s era historical novels featuring Winston Churchill and his fictional Scottish goddaughter, the adventure-seeking Hearst photojournalist Mattie McGary. The first five novels in the series—The DeValera Deception, The Parsifal Pursuit, The Gemini Agenda, The Berghof Betrayal and The Silver Mosaic—received a total of 15 literary awards. He is currently at work with his daughter Kathleen McMenamin on the sixth Winston and Mattie historical adventure, The Liebold Protocol.

Michael is the author of the critically acclaimed Becoming Winston Churchill, The Untold Story of Young Winston and His American Mentor [Hardcover, Greenwood 2007; Paperback, Enigma 2009] and the co-author of Milking the Public, Political Scandals of the Dairy Lobby from LBJ to Jimmy Carter [Nelson Hall, 1980]. He is an editorial board member of Finest Hour, the quarterly journal of the International Churchill Society and a contributing editor for the libertarian magazine Reason. His work also has appeared in The Churchills in Ireland, 1660-1965, Corrections and Controversies [Irish Academic Press, 2012] as well as two Reason anthologies, Free Minds & Free Markets, Twenty Five Years of Reason [Pacific Research Institute, 1993] and Choice, the Best of Reason [BenBella Books, 2004]. A full-time writer, he was formerly a first amendment and media defense lawyer and a U.S. Army Counterintelligence Agent. 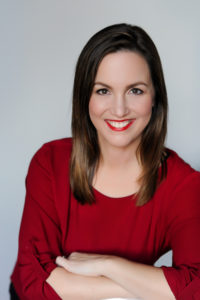 Kathleen, the other half of the father-daughter writing team, has been editing her father’s writing for longer than she cares to remember. She is the co-author with her sister Kelly of the critically acclaimed Organize Your Way: Simple Strategies for Every Personality [Sterling, 2017]. The two sisters are professional organizers, personality-type experts and the founders of PixiesDidIt, a home and life organization business. Kathleen is an honors graduate of Sarah Lawrence College and has an MFA in Creative Writing from New York University. The novella Appointment in Prague is her second joint writing project with her father. Their first was “Bringing Home the First Amendment”, a review in the August 1984 Reason magazine of Nat Hentoff’s The Day They Came to Arrest the Book.  While a teen-ager, she and her father would often take runs together, creating plots for adventure stories as they ran.

Visit us at Pump Up Your Book!