On the Spotlight: 'Honolulu Heat' by Rosemary and Larry Mild 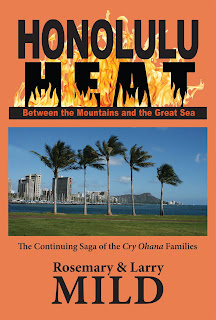 Honolulu Heat, the latest mystery by Rosemary and Larry Mild,  is a tantalizing tale brimming with action, suspense, and intrigue.

About Honolulu Heat:  After surviving Hurricane Iniki on the island of Kauai, Alex and Leilani Wong move to Oahu for safety and peace of mind. Fate, however, is unkind. Alex and Leilani anguish over their son, Noah, an idealistic teenager who teeters on both sides of the law. Noah’s life takes an unexpected turn when he meets his dream girl, Nina Portfia. But Nina has dangerous family ties—and the romance turns ugly when she and Noah unwittingly share horrific secrets.

Facing a murder charge, Noah flees and finds himself swept up in a bloody feud between a Chinatown protection racketeer and a crimeland don who, ironically, is Nina’s father.

Violence cuts a wide swath in the Island paradise, leaving in its wake innocent real estate agents, a Porsche Boxster Spyder, a stolen locket, and an odd pair on a freighter to Southeast Asia. Noah, now relentlessly pursued by two mob leaders and the police, is in grave danger. Torn between loyalty and betrayal, only he can unlock his own freedom and bring peace to his family—and Honolulu’s Chinatown. 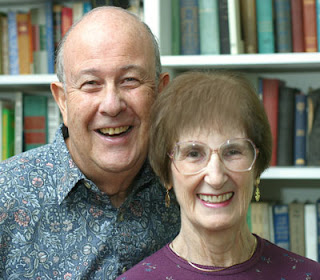 Rosemary and Larry coauthor the popular Paco & Molly Mysteries and the Dan & Rivka Sherman Mysteries—and most recently, Unto the Third Generation, A Novella of the Future. They call Honolulu home, where they cherish time with their children and grandchildren. The Milds are members of Mystery Writers of America, Sisters in Crime, and Hawaii Fiction Writers. Find out more about their books on their website.