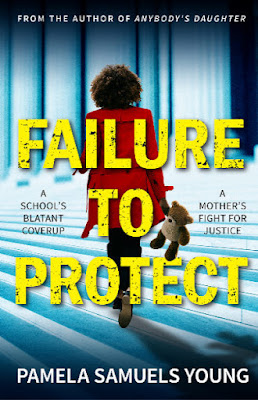 Failure To Protect
Pamela Samuels Young
Mystery/Legal Thriller
When the classroom is no longer a safe space for her child, the outraged mother of a bullied nine-year-old is determined to seek justice for her daughter. An ambitious school principal, however, is far more concerned about protecting her career than getting to the truth. She flat out denies any knowledge of the bullying and prefers to sweep everything under the rug. But just how low will she go?

When the mother’s two hard-charging female attorneys enter the picture, they face more than an uphill battle. As the case enters the courtroom, the women fight hard to expose the truth. But will a massive coverup hinder their quest for justice? 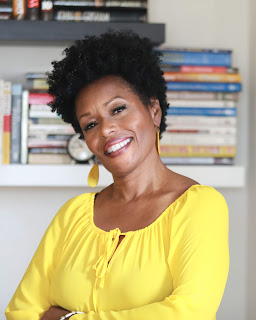 Her most recent legal thriller, Failure to Protect, takes on the bullying epidemic and its devastating aftermath. Pamela won the prestigious NAACP Image Award for Outstanding Fiction for her thriller Anybody’s Daughter, which provides a realistic look inside the world of child sex trafficking. Her courtroom drama Abuse of Discretion centers around a troubling teen sexting case. #Anybody’s Daughter and #Abuse of Discretion are young adult editions of the two books. A young adult version of Failure to Protect goes on sale in December 2019.

The prolific writer is a frequent speaker on the topics of sex trafficking, bullying, online safety, fiction writing, self-empowerment, and pursuing your passion. To invite Pamela to your book club meeting or to read excerpts of her books, visit www.pamelasamuelsyoung.com and www.sassysinclair.com .