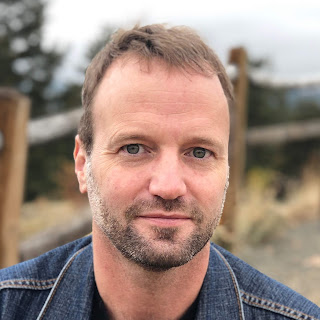 Eric Meade is a futurist, speaker, and consultant serving nonprofits, foundations, and government agencies. He teaches graduate courses on strategic planning and social innovation at American University’s School of International Service in Washington, DC. He lives in Superior, CO.

My book offers a significant reframing of the issue of poverty. We often talk about “eradicating” poverty, but poverty is an inherent part of the human experience, and if we ever eradicated poverty as it exists today, we would likely redefine the threshold at a higher level and start “eradicating” it all over again. So the question that guides Reframing Poverty is not, “How do we eradicate poverty?” but rather, “What am I, as a human being, to do, living as I do in a world where poverty exists?” This is a bigger and more complex question, and it requires us to look at the experience of poverty from several different angles. 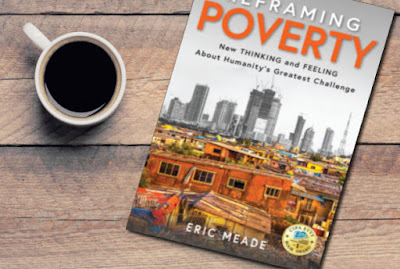 I decided to self-publish the book. I was confident in the content and I did not want to wait. I had already spent a decade conceptualizing the book, so I was ready to see it published! I sought help from Polly Letofsky of My Word Publishing here in Denver. She provided overall project management and connected me to her network of editors, layout designers, cover designers, etc. She made things a lot easier than they otherwise would have been.

I was talking through my book with a friend and colleague, Jessica Hartung, who at the time was finalizing her book, The Conscious Professional. When I got done explaining a few of the key concepts, she said, “It sounds to me like you’re reframing poverty.” And I thought, well, OK, that’s the title. I like it since that’s a lot of what I do as a consultant - helping clients reframe the issues they’re facing so they can find new opportunities for action. Hopefully that’s what the book does for readers.

I was very involved in generating ideas for the cover design. I probably started out a little too left-brained, trying to represent both the “reframing” and the “poverty.” As the cover design evolved, it became a little less “on the nose,” which is a good thing. I have gotten positive comments about the cover, and I think the professional look of it is on the level of more traditional publishers’ titles.

I had a good experience working with Victoria. She and I were able to exchange ideas, and then she would quickly send me some mock-ups of the options we had discussed so I could provide some feedback and we could move forward.

Readers have said nice things about the cover. For example, some have said they like that the poor area in the front of the image is in color while the skyscrapers in the back are black and white. They see that as breathing life into the concept of poverty, which is something I had intended to do with both the cover and the text.

Get started early on the cover. Of course the design cannot be finalized until you’re done with the layout, the ISBN, etc., but hopefully you can get pretty close with the overall concept.

I thought the book would be more controversial than it has been. In fact, I’ve been pleasantly surprised by the two awards the book has won. I think this is because even though some of the points I make are quite provocative, the sincerity with which I approach the issue comes across in the writing. And I think the blend of provocation and sincerity is key to the book’s success in creating a rewarding experience for the reader.

We typically view poverty as a technical problem we can solve with more money, more technology, and more volunteers. But there is an adaptive side to the problem of poverty as well. Reframing Poverty directs our attention to the emotional and often unconscious mindsets we bring to this issue. Meade’s approach is as unique as it is challenging. Rather than trite tips or tricks, he offers a series of nested insights from diverse fields like political science, physics, complexity theory, and psychology. Most importantly, he provides a path of self-exploration for those eager to become the kind of people who can successfully navigate the tensions of a world in need.