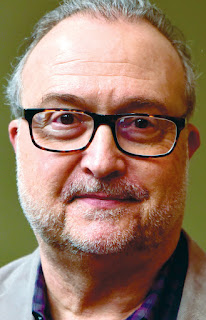 David Armstrong was born and raised in Natchez, Mississippi. He is an attorney, former mayor, and candidate for the U.S. Congress. Currently, he serves as the Chief Operating Officer for the city of Columbus, Mississippi. He received both an undergraduate and master’s degree in political science from Mississippi State University, where he also taught American and local government. After graduate school, David worked for two years as a copywriter for an advertising agency before being accepted to law school at the University of Mississippi, graduating with honors. In addition to The Rising Place, David has written four screenplays and two other novels, one of which, The Third Gift, is tentatively set to be released this summer. David is the proud father of two grown sons, and he lives in one of the oldest and most haunted antebellum homes in Columbus with a crazy cat named Butch. His website is therisingplace.com, and he may be contacted at dmatyro@outlook.com.

I read a daily devotional, several years ago, in the Upper Room magazine, about a retired school teacher who had died, leaving only one niece. One of the teacher’s former students approached the niece after the funeral and informed her what a significant impact her aunt had had on his life and the lives of most of her former students. The niece was amazed, and a bit ashamed, that she never realized how special her aunt was and how her life had affected so many people. It was a very touching devotional to me, so I decided to develop this concept into a story.

The Rising Place is based on, what I think, is an intriguing premise: What if you found a box of love letters from World War II that belonged to a reclusive old maid who had just died—would you read them? And what if you did read them and discovered a mesmerizing story about unrequited love, betrayal, and murder that happened over seventy years ago in a small, southern town?

After a young lawyer moves down south to Hamilton, Mississippi to practice law, one of his first assignments is to draft a will for Emily Hodge. “Miss Emily” is a 75-year-old spinster who is shunned by Hamilton society, but the lawyer is intrigued by her and can’t understand why this charming, southern lady lives such a solitary and seemingly forgotten life.

When Emily later dies, the lawyer goes to her hospital room to retrieve her few possessions and bequeath them as she directed in her will, and he finds an old box of letters, hidden in the back of one of her nightstand drawers. He takes the letters back to his office and reads them, and he discovers why Emily Hodge died alone, though definitely not forgotten.

At first glance, The Rising Place may seem like a romance story about unrequited love, which it is—but it is much, much more than just that. It is an inspiring story about faith and forgiveness, grief and grace, hope and healing, resilience and redemption, and the indefatigable human spirit. It also escapes you to an age of innocence—a time prior to, during, and after the Second World War in small town America, where life moved more slowly, and more emphasis was put on friendship, rather than on financial success.

Like anything worthwhile, it was an exhausting and consuming process. I decided to focus on publishers rather than agents because I had read somewhere that the odds of finding a publisher were far better than finding an agent. But finding a big, traditional publisher these days, especially if you’re an unknown author, as I am, is virtually impossible. So, I researched small presses and independent publishers and was blessed to have found a great and very successful Indie, The Wild Rose Press. I really didn’t know what to expect, since this was a new venture for me, but The Wild Rose Press has made the entire process a true pleasure—particularly my wonderful editor, Nan Swanson, who has been such a blessing. 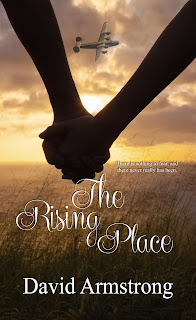 That’s a good question, plus an interesting one. I get all these great ideas for titles from my muse(s) on a fairly consistent basis. Unfortunately, there’s usually not a story to go along with the title. Definitely a bummer. Right after graduate school, when I was working as a copywriter, I actually came up with, after a few beers, the idea of opening a “titling agency,” since I had accumulated so many great titles in my head. My idea was to, somehow, let writers know that if they were struggling with finding a great title for their great American novel, all they had to do was contact me, pay for my services, and I’d render them a book title that would blow their socks off. Well…maybe it was after several beers, rather than just a few. Anyway, the next morning, I ditched that crazy idea.

But with The Rising Place, my muse(s) just wouldn’t cooperate, and by the time I was almost finished with the first draft of the manuscript, I still had no title. I went out one evening for a walk around the neighborhood, which was my custom, and the title, The Rising Place, just came to me. It’s amazing how things like this work, which is why there’s no doubt in my mind that we receive inspiration from above, rather than from within. I wasn’t even thinking, at least not consciously, about a title for the story, but when my mind received it, I knew this was the perfect title.

Yes, I did. The Wild Rose Press advises its authors, though, after an agreement with them is signed, that they will have the final say on the cover design—which made perfect sense to me since they’re the ones paying to have the book published. They do seek your input, though, and ask you to send them links to book covers in the same genre that represent what you envision your cover to look like. So, I did a little research and found five book covers that were similar to what I had in mind for the cover of The Rising Place, and I emailed those links to them. They then assigned the book to one of their cover designers, and her cover design was subsequently approved by both me and their cover design committee.

My cover designer was Debbie Taylor, who I think did an excellent job. I didn’t find Debbie; she is a designer for The Wild Rose Press who was assigned to work with my novel.

I never worked directly with Debbie, but I was very pleased with the book design cover that she created for The Rising Place, which I definitely approved of.

It has been very positive.

First, check to see if your publisher will allow you to choose your own designer and, if so, who will cover the costs of his/her work. Some publishers allow you to choose your own designer, some do not. There are many, many talented design artists available for you to choose from. I would recommend viewing as many of their previous designs on their website, as you can. One or more of their designs will resonate with you, and be sure to first consult with your muse(s) before you decide on a designer whom you like, trust, and can afford. Don’t fret over this, though, because you’ll definitely find several you feel positive about. Then sleep on it, and I’d suggest you pray about it, too.

Yes, please go out and purchase several thousand copies of The Rising Place. Then mail them to me, and I’ll be happy to personally autograph them all for you. Thanks for the read!

Email ThisBlogThis!Share to TwitterShare to FacebookShare to Pinterest
Labels: historical