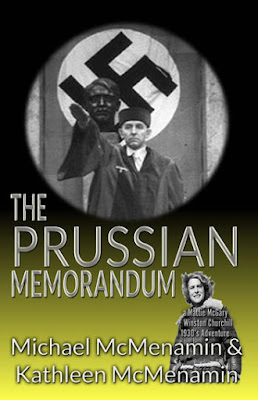 Winston Churchill’s adventure-seeking goddaughter, the intrepid Hearst journalist Mattie McGary, sets out in 1934 to expose a major political scandal—a conspiracy between the US Army’s Military Intelligence Division (MID) and Hitler’s Praetorian, the SS, to help the Nazis persecute German Jews.

Churchill alerts Mattie to what he learns from a confidential German source: that the Nazis are working on a new law to strip Jews of their citizenship and forbid them to marry or have sex with Aryans. The year before, Heinrich Himmler’s SS secretly engaged the MID to research racist laws in thirty American states that prohibit sex and marriage between whites and other races. Known as “The Prussian Memorandum”—an actual historic document—radical SS anti-Semites plan to use these racist American laws as a model for their treatment of the Jews.

Aided by a courageous German lawyer, Hanna Raeder, Mattie’s efforts to document the conspiracy take her from Churchill’s country home in England to the corridors of power in Berlin and, along with Churchill, to the canals of Amsterdam where his German source is to provide them with conclusive proof of the conspiracy. Pursued by both agents of Himmler’s Gestapo and American MID agents determined to stop them at all costs, Mattie and Hanna race to expose the shameful secret of The Prussian Memorandum.

In a chilling climax, Mattie and Hanna are arrested and taken to a Gestapo-run concentration camp where they are charged with crimes against the state—Hanna for treason, Mattie for espionage— and scheduled for show trials the next day before The People’s Court. If convicted, the penalty is death by beheading.

“A thrilling historical novel with a no-nonsense heroine is what you’ll find… Wow! This is an action-packed, intense story that brings the reader right into the world of WW II espionage. Well-developed characters, a tough heroine, and great attention to detail.” [The Book Connection review]
“Mattie McGary was easily my favorite character and I loved how the authors made her into a strong female character with a very real personality. So many times strong female characters end up feeling almost unrealistic and that was not the case with Mattie.” [Books for Books review]

“Mattie McGary is what every woman wants to be: strong-willed, the ability to take care of herself, and who doesn’t take crap from anyone.” [Goodreads review]

“I’ve read and enjoyed all of the books in this series and I vote this one as the most exciting yet, full of twists and turns and I really cared about what happened to the characters. It was a most believable page-turner right to the very end. I can’t wait for their next book. “[Amazon review]

“This is a well-written historical novel that stays true to the time period and keeps its historic facts accurate. I really liked how the authors immersed me in the time period right from the first page.” [Amazon review].

“Historical fiction that excels. I immediately became involved with both the characters and plot, which took on a life of their own. I have read much shorter books that seemed far longer than The Silver Mosaic.” [Goodreads review].

“A thick and rich tale that is impossible to put down, So many twists and turns and the ending is gripping…This book holds its own with the best historical fiction.” [Goodreads review]


ORDER YOUR COPY OF THE PRUSSIAN MEMORANDUM 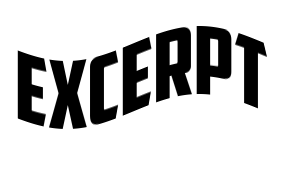 FRANKLIN DELANO ROOSEVELT finished stirring an ice-filled pitcher of martinis in the Oval Office and placed it back on the drinks trolley beside his custom made wheel chair. It was of minimalist design—a plain, straight back wooden chair with no arms or legs placed on a base between two large rigid black spoke wheels. Behind the seat were two smaller spoke wheels that turned 360 degrees so that the chair could go in any direction the polio-crippled Roosevelt desired. The two large wheels did not extend above the chair’s seat so that the overall effect of the chair was not to draw attention to itself, but rather to its occupant whose massive chest and broad shoulders conveyed an image of strength, not weakness, and belied his shriveled legs below the wheels.
Roosevelt carefully poured the icy liquid from the pitcher into two stemmed glasses and, after popping an olive into each, handed one to the man who sat in a maroon leather club chair on the other side of the drinks trolley. He raised his glass. “Well Louie, to our good health and the consternation of our enemies.”
Louis Howe lifted his glass and lightly touched it to the other extended glass. Howe was Roosevelt’s right hand man—Secretary to the President—and had been FDR’s fixer while he was governor of New York as well as his unofficial campaign manager both for the nomination and general election in 1932. In contrast to Roosevelt who had a handsome face topped by wavy silver brown hair, Howe was short, dark and ugly with large, bulging, bloodshot eyes and an emaciated frame. Roosevelt thought he looked like death warmed over. Still, he was the most astute political operative Roosevelt had ever known and the President was going to ride him as hard as he could until his health—and luck—ran out. He only hoped that Howe would last until his re-election campaign in 1936.
“Speaking of enemies, Louie,” Roosevelt continued, “what did J. Edgar say he wanted to discuss with me in our meeting tomorrow morning?”
“Beats me, Boss,” Howe replied after taking a sip of his martini. “All he said was that it involved ‘intelligence matters’ that would be an embarrassment to the country, to your administration and to you personally if it ever became public knowledge.”
“Interesting. Do you suppose he’s going to try and blackmail me again about Lucy?”
“Not a chance, Frank. You remember when, after your election, he showed me photographs of Mrs. Rutherford entering your private railcar in Chicago while you were there to accept the nomination and I told him it would be most unwise were he to make them public?” Howe asked, referring to Lucy Mercer Rutherford who had been Roosevelt’s long time mistress both before he contracted polio and after she married the aging socialite Winthrop Rutherford. Howe had arranged to have her there in the railcar in Chicago as a reward for Roosevelt when he returned from giving his acceptance speech at the convention.
“Of course,” Roosevelt replied and took a sip of his martini.
“I don’t believe I mentioned this to you at the time, but that goddamned little fairy actually blushed when I showed him our photographs of him with Clyde Tolson’ cock in his mouth,” Howe continued, Tolson being Hoover’s #2 man at the FBI with whom he lived. “So, don’t worry, whatever he wants to talk about tomorrow, all he’s doing is sucking up to you—pardon the expression—and trying to get on your good side.”
Roosevelt laughed and drained the rest of his martini. “I would have loved to have been there to see that. Remind me, is that the photo where he’s wearing a woman’s frilly dress?”
Howe shook his head and finished his martini also. “Nope, he doesn’t know we have that one.”
Roosevelt laughed again. “Well, it’s good to know we have something in reserve if what he’s going to tell us tomorrow is going to embarrass me and my administration. Another martini?”
Howe nodded and placed his stemmed glass back on the drinks trolley. Roosevelt stirred the martini pitcher again and once more filled their glasses. 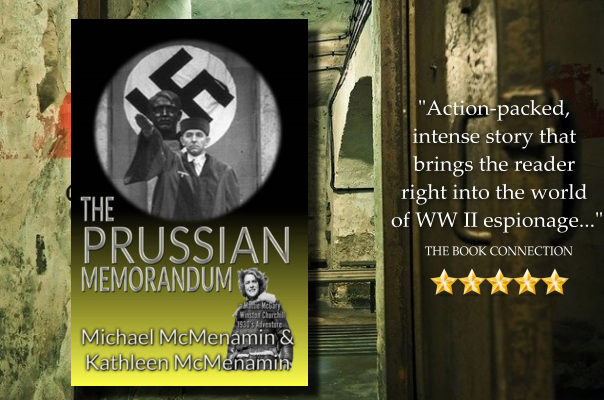 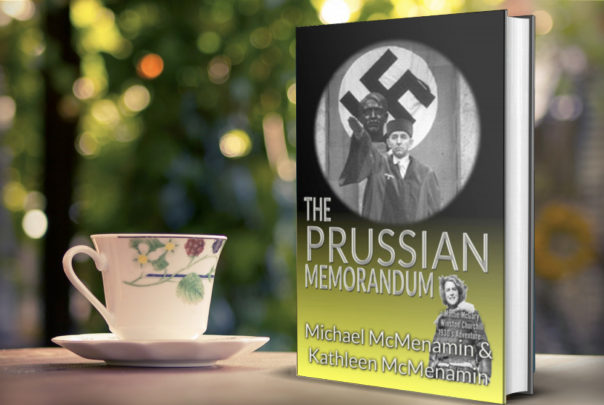 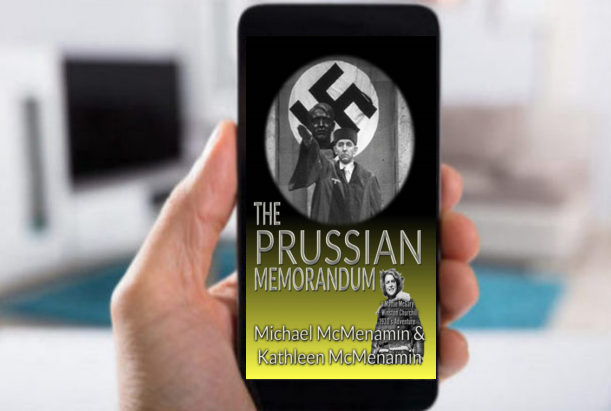 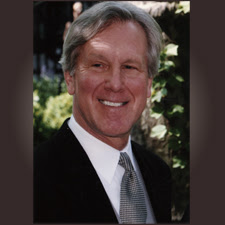 Michael McMenamin is the co-author with his son Patrick of the first five of the six award winning 1930s era historical novels featuring Winston Churchill and his fictional Scottish goddaughter, the adventure-seeking Hearst photojournalist Mattie McGary. He is the co-author with his daughter Kathleen McMenamin of the sixth Mattie + Winston novel The Liebold Protocol and the novella Appointment in Prague. The first six novels in the series—The DeValera Deception, The Parsifal Pursuit, The Gemini Agenda, The Berghof Betrayal, The Silver Mosaic and The Liebold Protocol—received a total of 15 literary awards. He is currently at work with his daughter on the ninth Mattie + Winston historical adventure, The Phoenix Progression.

Michael is also the author of the critically acclaimed Becoming Winston Churchill, The Untold Story of Young Winston and His American Mentor [Hardcover, Greenwood 2007; Paperback, Enigma 2009] and the co-author of Milking the Public, Political Scandals of the Dairy Lobby from LBJ to Jimmy Carter [Nelson Hall, 1980]. He is a contributing editor for Finest Hour, the quarterly journal of the International Churchill Society and for the libertarian magazine Reason. His work also has appeared in The Churchills in Ireland, 1660-1965, [Irish Academic Press, 2012] as well as two Reason anthologies, Free Minds & Free Markets, Twenty Five Years of Reason [Pacific Research Institute, 1993] and Choice, the Best of Reason [BenBella Books, 2004]. A full-time writer, he was formerly a First Amendment and Media Defense lawyer and a U.S. Army Counterintelligence Agent. 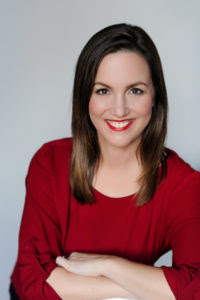 Kathleen McMenamin, the other half of the father-daughter writing team, has been editing her father’s writing for longer than she cares to remember. She is the co-author with her father of the 2018 Mattie + Winston novella, Appointment in Prague, A Mattie McGary + Winston Churchill World War II Adventure and the sixth Mattie + Winston novel, The Liebold Protocol. She also is the co-author with her sister Kelly of the critically acclaimed Organize Your Way: Simple Strategies for Every Personality [Sterling, 2017]. The two sisters are professional organizers, personality-type experts and the founders of PixiesDidIt! a home and life organization business, www.pixiesdidit.com.
Kathleen is an honors graduate of Sarah Lawrence College and received an MFA in Creative Writing from New York University while she was with The Wendy Weill Agency. Prior to starting her own business, she was Senior Advertising and Promotion Coordinator for Bedford/St. Martin’s. The novella Appointment in Prague was her second joint writing project with her father; The Liebold Protocol was her third; and The Prussian Memoradum is her fourth. Their first father-daughter writing project was “Bringing Home the First Amendment”, a review of Nat Hentoff’s The Day They Came to Arrest the Book in the August 1984 Reason magazine. While a teen-ager, she and her father would often take runs together, creating plots for adventure stories as they ran.