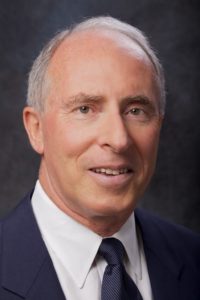 Cary Lowe is the author of the award-winning book Becoming American: A Political Memoir. He has published over fifty essays on political and civic issues in major newspapers, as well as professional reports and articles in professional journals.

Mr. Lowe is a retired California land use lawyer with 45 years of experience representing public agencies, developers, Indian tribes, and non-profit organizations. He holds a law degree and a Ph.D. from the University of Southern California. He taught courses in law and urban planning at USC, UCLA, and UC San Diego, and he writes and lectures on land use and environmental issues. In addition to his legal experience, Mr. Lowe is a credentialed mediator affiliated with the Land Use & Environmental Mediation Group of the National Conflict Resolution Center.

My memoir entitled Becoming American chronicles my experience of being transformed from a child of Holocaust survivors in post-war Europe to an American lawyer, academic, and activist associated with many of the most prominent political causes and campaigns of our time.

The book began as a stand-alone story I wrote for relatives and friends about a trip with my daughter to Eastern Europe to visit our family’s places of origin, and particularly to find a hidden cemetery outside Prague containing the graves of my paternal great-grandparents. I subsequently wrote more stories about my life growing up in Europe in the years following World War II, with parents who were Holocaust survivors. After writing a half dozen stories, I realized they were forming a narrative that could become the basis for a book, covering not only my youth in Europe but also our immigration to the United States and my professional and political careers here. That first story became the opening chapter and portions of subsequent chapters.

My other inspiration was a desire to contribute positively to the national discussion around immigration and American identity. I wanted my book to provide an inspiring tale of how much an immigrant can contribute to the social, political, and economic culture of America while still retaining ties to one’s ancestral roots.

I originally hoped to interest a major publisher in my book. That required getting an agent. I soon discovered, in the course of querying agents, how difficult it is to interest such publishers in a memoir written by someone other than a known celebrity. I then began contacting independent publishers directly. Black Rose quickly requested the full book manuscript and subsequently offered me a publishing contract. My inquiries with other writers whose work they had published all yielded positive responses, so I signed with that publisher.

The publishing process itself went smoothly, with release of the book taking place about six months after entering into the contract. During that time, I worked with the publisher on final edits, on the cover design, and on preparations for initial marketing. Unfortunately, the book’s release date occurred in the midst of the COVID-19 pandemic, which upended many of my marketing plans.

I experimented with several possible titles, seeking reactions from fellow writers, agents, and friends. In the end, I went with one of my earliest choices, which had received by far the most favorable responses. All of that took place while I was writing the book, so I had settled on my preferred title by the time I submitted my manuscript to the publisher.

During the entire time I was writing the book, I had no idea what the cover would look like. Once I signed with my publisher, their design staff proposed a cover design. After tweaking that a bit, we agreed on the final design.

The cover designer is employed by my publisher and works with all their writers.

That experience was fine. I suggested themes I wanted to emphasize. The designer then produced something attractive that effectively incorporated those ideas. He subsequently made some changes based on my feedback. After publication, when my book won an award, the publisher was happy to add that to the front cover.

The responses from fellow writers, friends, and other readers has been very positive, as to the images, the colors, and the reviewer blurbs.

I was fortunate in not needing to find a cover designer, as my publisher performed that service in-house. From the experiences of fellow writers, I suggest examining the covers of books in the same genre that have done well and finding out, if possible, who designed them. If you have strong feelings about the design, you should make sure to select a designer who is flexible enough to work with you on the final product.

The cover, the title, and the first page(s) are an author’s first and best opportunities to catch a potential reader’s attention. I am happy that I spent the necessary time and effort to make those elements as good as possible. 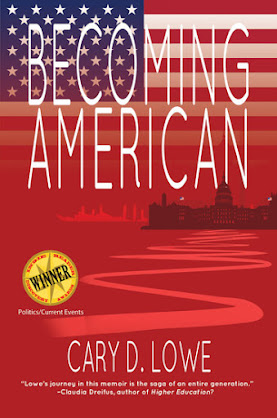 Becoming American is the inspiring story of the author’s transformation from a child of Holocaust survivors in post-war Europe to an American lawyer, academic, and activist associated with such famed political leaders as Robert Kennedy, George McGovern, Jerry Brown, and Tom Hayden.

Searching for his great-grandparents’ graves in a hidden cemetery outside Prague makes him recall his experiences of becoming American: listening to Army Counterintelligence agents gathered at his family home in Austria; a tense encounter with Russian soldiers during the post-war occupation; seeing Jim Crow racism in the South during his first visit to the United States; becoming an American citizen in his teens; having his citizenship challenged by border guards; fearing for his new country upon witnessing the Watts riots in Los Angeles; advancing the American dream as a real estate lawyer, helping develop entire new communities; and rising to leadership positions in organizations shaping government policies around some of the most important issues of our time.

Becoming American won the 2020 Discovery Award for best political writing from an independent publisher. It features a foreword by bestselling author Edith Eger.