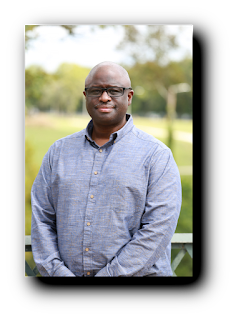 Eric L. Heard currently lives in Bowling Green, Kentucky with his wife, Sonya, of 17 years and his son, McKinley. Eric is a graduate of Florida State University with a BS in Engineering. He also has a Master’s Business Administration from Indiana University and Master’s of Manufacturing Operations from Kettering University. He is an Army Brat who has lived in the Southeast United States, Germany, and Japan.

The book “Reflections of an Anxious African American Dad” is about a dad that is talking to his son about his life and hoping to communicate the origins of his anxiety. It is a reflection of a Dad’s childhood and 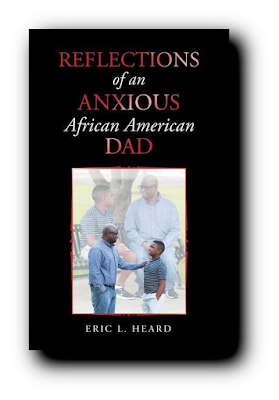 explains some of his behavior to his son. I was inspired to write when I discovered that I need to become better at overcoming my fears and try something different in my life.

I went the indie route because I was not familiar with the traditional way. It just seemed easier for me to work with one of those self-publishing companies and to work through the process.

I wanted a title that reflected the writing that was included in the book. It should be simple, reflective of the book material, and give an idea to the reader of the topics that was going to be in the book.

I worked with Hamlett Photography about what the visuals should be on the cover. The owner, Harvey Hamlett read the book and talked about some potential covers that would express what is being discussed in the book. I told him that whatever he came up with, it should reflect the tone of the book.

The cover designer was my brother in law, Harvey Hamlett. As I was thinking about how I wanted my cover to look like and the person that can best design it, he came to mind because he has a keen eye for capturing a moment which I wanted to share with readers for my book.

I had seen his work in doing our family pictures and event work so I became very acquainted with his photography skills.

It has mostly been positive but my son has told me that I will have to pay him for being on the cover. As word of the book cover has spread, some of his friends has recognized and has ribbed him about being on a cover with his dad. He laughs about it but he still wants his royalty check.

I would like to thank the Bookcoverjunkie and Pump up your Book for the opportunity to write this blog for readers. I would also like to thank potential readers of the book and invite feedback at my website.

❀ORDER YOUR COPY OF REFLECTIONS OF AN ANXIOUS AFRICAN AMERICAN DAD BELOW!