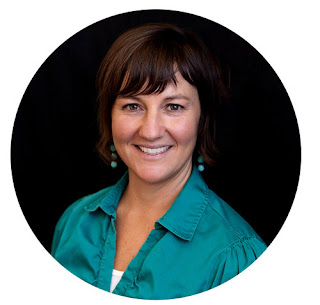 Julia Hengst is a licensed Marriage and Family Therapist, an avid surfer, traveler and word nerd who resides in Maui. Passionate about psychology, spirituality and media literacy, she holds an undergraduate degree in Media Studies from UC Berkeley, a Masters degree in Counseling Psychology, and an imaginary degree from the University of Puns.

Venus Underwater: Songs from Mermaidia is the first book of a series called Venus and Her Fly Trip. It introduces the world of mermaids and gives an overview of mermaid life: how baby mermaids are made, what they study at school, and what they do for fun. This first book builds the world through songs, poems and short narratives that are full of puns and word play. The sequel will build on this world and follow a day in the life of our heroine, Venus Greenus.

The book series as a whole was inspired by my work as a therapist and from working with teens for 20+ years. During a conversation some years ago with my brother, the father of three girls, he asked what is the biggest problem facing kids these days. Self hatred, I told him. When he asked what he can do to prevent self hatred in his girls, I began to ponder this in depth. This kids book series is my long form response! The books have various ideas and interventions from trauma informed therapy, positive psychology, meditation and yoga, all dressed up as silly mermaid puns and goofy characters.

My team and I, affectionately known as the Mermaid Brigade, raised funds for the first two books using Kickstarter. We did this because 1) I didn’t have enough money to publish it out of pocket, 2) we wanted to retain creative control for the whole series, and 3) it builds an 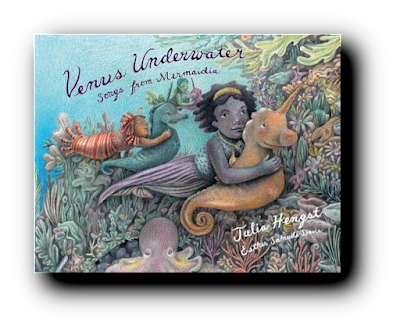 audience with investment in the book right from the beginning. All the women involved in the project are very kind hearted people who understood the need for getting kids tools, so there was a wonderful network we tapped into for raising the funds.

The process was humbling! We tried the first Kickstarter to fund all six books, with a high target goal, and we did not succeed. This was painful and took me a couple months to regroup. We did a second Kickstarter with a much lower goal ($15,000) and fortunately reached it. We wanted to make sure we met the goal this time and the amount doesn’t actually cover printing/shipping for two books, so I’ve also paid a bunch out of pocket from my day job as a therapist.

The title for the series, Venus and Her Fly Trip, came pretty early on once I knew the heroine’s name is Venus. Then it became clear the first two books would largely be underwater, the second two books would be on land, and the last two books of the kids series would be in between land and water. I divided these into Venus Underwater, Venus Made-of-Light, and Venus and the In-Betweens, each of which would have two volumes.

Finally, as the brainstorming became more detailed, I decided to have each of the volumes be unique. For instance, this first book, Venus Underwater: Songs from Mermaidia, has songs and poems and will soon have an actual soundtrack! It’s being composed by two friends of mine, both music teachers in public schools. The second book, Venus Underwater: Wisdom Eye Storybook, will be a normal storybook.

In Venus Made-of-Light, there will be a storybook and a coloring book, while the final two books of Venus and the In-Betweens, one will be on white paper and the other will be on black paper.

Esther Samuels-Davis is the illustrator, and she is so talented! She studied at California College of the Arts but is currently based in Berlin, Germany. For the first Kickstarter, I commissioned an original piece from each of the three artists who will do the various books. This cover image was the image Esther drew for the Kickstarter. As we began to work with the book designer, it became clear this image was perfect for the cover.

As Esther and I began to look for a book designer, she told me of a couple she’d met at a book fair in Spain. This couple, Danny and Yvonne, are award-winning designers and illustrators, and they were smitten with Esther’s work. They told her they’d love to work with her, so she passed their information on to me. (paperboatbooks.co.uk) Thanks to that introduction, we’ve been working with Danny Nanos as the designer and he will also design the second book, which Esther is also illustrating.

Esther and Danny worked together on the cover, and Esther ended up hand-drawing the letters after we tried multiple fonts. We wanted the script to look watery and organic, which I think succeeded.

Given that Danny’s wife Yvonne is an epic illustrator, he has tons of experience and is just a super kind, easygoing and helpful guy. He has explained a lot of the process to me, and has been supremely open to feedback from Esther and me, ensuring the book looked just how we wanted.

People love the cover! Esther’s art speaks for itself. It draws readers right in upon sight. Plus, the unicorns are a crowd favorite! Who doesn’t love a seahorse unicorn?!

Find a professional artist or book designer with experience. There are sites like Reedsy and Fiverr that are super helpful for finding professionals.

This is just the beginning! I have been delighted at the feedback so far, and feel very enthusiastic about finding increasingly clever ways to get real psychological tools to families and kids that need help. This series has a lot of good intention in them, and people are so hungry for that in this media-toxic world. I think people are good deep down inside and this book and the whole series will help remind readers of that. I can’t wait to connect with more good-hearted people in the world through these books.

❀ORDER YOUR COPY OF VENUS UNDERWATER BELOW!