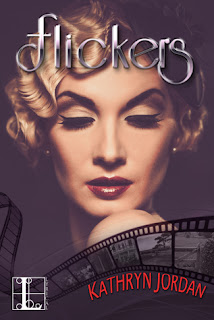 Set in the dynamic years leading up to the Roaring Twenties, Flickers turns its lens on California’s glamorous silent film era, as Victorian civilities are swept away by a bold new century . . .

Violet Winters is the daughter of one of California’s wealthy robber barons. Jack Sutter is the gardener’s son. In their youth, the two were inseparable. But in 1913 everything is changing, and despite their feelings for each other, adulthood has come between them. Their vastly different social positions leads Violet to marry the aloof but socially perfect Maury Rediston. Jack vows to win Violet back while carving out a new life for himself in the burgeoning motion picture industry. Tip Rediston, Violet’s brother-in-law, also gets drawn into the bohemian world of the flickers. As handsome as he is troubled, Tip starts his climb to stardom despite his family’s disapproval. But as social changes, political upheaval, and war change the world around them, Violet, Jack, and Tip learn that things are never as easy as they seem on the silver screen. . .

“Kerr’s latest novel, set in her fantasy world of Deverry, weaves together two distinct stories of love and magic in a richly detailed, intricately plotted tale. Highly recommended.” —Library Journal on A Time of Exile

“The world of Deverry is richly detailed, and Kerr's characters are genuinely appealing.” —Library Journal on A Time of Omens 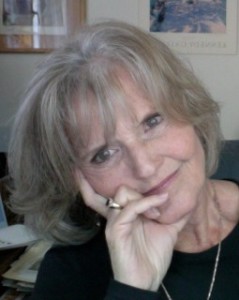 Kathryn Jordan learned early to blend her passions for writing, teaching and adventure. She taught at Cairo American College in Egypt, as well as in Spain and the Philippines, thus fulfilling her dream to see the world not as a tourist but a resident. In Cairo she twice took the speech and debate team to a championship in the Pan Hellenic Forensics League in Greece. Her most recent teaching was at Amistad Continuation High School in Indio, CA where the literary magazine her “at risk” students produced received top awards from the Columbia Scholastic PressAssociation at Columbia University. Ms. Jordan’s own writing has appeared in such diverse publications as Westways, Palm Springs Life, Ranger Rick, Diver Magazine and a book, A Diver’s Guide To Underwater America. She holds a Masters degree in English from U.C.L.A. and attended Bread Loaf, Squaw Valley and the Santa Fe Writers’ Conference. She gleans early morning hours for her writing, savoring the quiet time that is all hers. Kathryn Jordan has long felt that the years she spent in Egypt were the experience of her lifetime and material for the novel she always wanted to write, IN THE TIME OF APRICOTS.