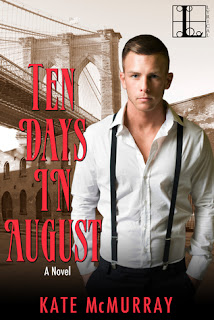 From the Lower East Side to uptown Manhattan, a curious detective searches for clues on the sidewalks of New York—and finds a secret world of forbidden love that’s too hot to handle…

New York City, 1896. As the temperatures rise, so does the crime rate. At the peak of this sizzling heat wave, police inspector Hank Brandt is called to investigate the scandalous murder of a male prostitute. His colleagues think he should drop the case, but Hank’s interest is piqued, especially when he meets the intriguing key witness: a beautiful female impersonator named Nicholas Sharp. As a nightclub performer living on the fringes of society, Nicky is reluctant to place his trust in a cop—even one as handsome as Hank. With Police Commissioner Theodore Roosevelt cracking down on vice in the city, Nicky’s afraid that getting involved could end his career. But when he realizes his life is in danger—and Hank is his strongest ally—the two men hit the streets together to solve the crime. From the tawdry tenements of the Lower East Side to the moneyed mansions of Fifth Avenue, Nicky and Hank are determined to uncover the truth. But when things start heating up between them, it’s not just their lives on the line. It’s their love… 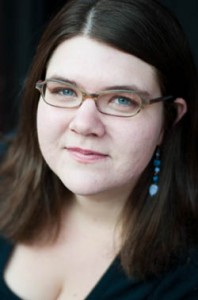 Kate McMurray has been writing stories since she could hold a pen. She picked up her first romance novel when she was thirteen and has loved the genre ever since. She started writing gay romance after reading a book and thinking there should be more love stories with gay characters. Her first published novel, In Hot Pursuit, came out in February 2010, and she’s been writing feverishly ever since. She likes stories that are brainy, funny, and of course sexy, with regular guy characters and urban sensibilities. When she’s not writing, Kate works a nonfiction editor. She also reads a lot, plays the violin, knits and crochets, and drools over expensive handbags. She’s maybe a tiny bit obsessed with baseball. She lives in Brooklyn, NY, with a pesky cat. She is currently serving as president of Rainbow Romance Writers, the LGBT romance chapter of Romance Writers of America. She’s also active in RWA NYC, the local New York City RWA chapter. You can email her at kate (at) katemcmurray.com. Kate is represented by Saritza Hernandez of the Corvisiero Literary Agency.