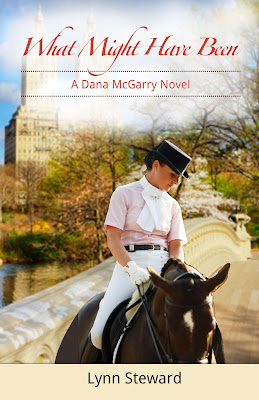 I enjoy the creative control one has when self-publishing.  I admit, it’s hit and miss because we don’t have years of professional experience, but, so far, I think my covers have captured the tone of the story.

I purchased the photos from major photo companies, and my graphic designer created the cover.  As soon as I saw the girl on the horse, I knew she was perfect, especially her expression. Her sadness is tied to an equestrian plot and she’s actually wearing something that is a tipping point in the story. I also knew that I wanted to her to be in Central Park, as she enjoys the bridle paths and learned to ride at the Claremont Riding Academy nearby. Another easy decision was placing her on the Bow Bridge, which was also on the cover of my debut novel A Very Good Life.  It was a perfect shot with the buildings in the background, so the reader would quickly know that this is a New York story.

Name: Lynn Steward
Book Title:  What Might Have Been
Genre:  Literary Fiction
Publisher:  Lynn Steward Publishing
As a fashion buyer at one of New York’s most glamorous department stores, Dana McGarry is a tastemaker, her keen instinct for fashion trends and innovative ideas coupled with a razor sharp business sense. But like the elegant and conservative store that employs her, Dana is caught between two eras—between being liked and standing her ground, between playing by the rules and being a maverick. Dana is sensitive and beautiful, but what you see is not what you get.Behind the cool and attractive facade, Dana is both driven by her need to control yet impeded by her expectation of perfectionism. As she competes to replace women at the top of their game, she is challenged by jealous colleagues. And when a wealthy love interest wants to open doors and support her ambition, she embraces Coco Chanel’s mantra of “never wanting to weigh more heavily on a man than a bird.” As the women’s movement paves the way, Dana finds a path to the career she wants at the expense of happiness that was not meant to be.

Steward captures the nuances of 70s life in New York City and provides the perfect backdrop for an independent woman determined to make her mark. What Might Have Been is a story that transcends any period. 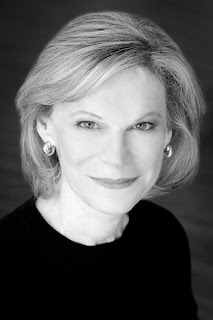 Lynn Steward, a veteran of the New York fashion industry and a buyer on the team that started the women’s department at Brooks Brothers, created the Dana McGarry series, set at a transformational time in the 1970s world of fashion and in the lives of multigenerational women. What Might Have Been is the second volume in the series. A Very Good Life,Steward’s debut novel, was published in March 2014.