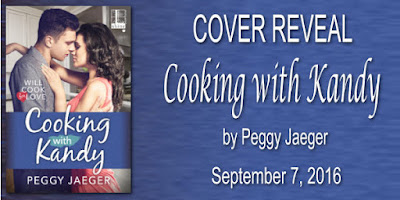 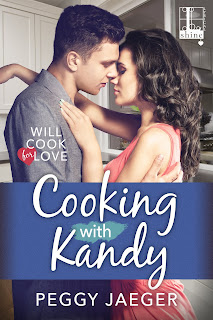 Sugar and spice and everything sexy make the perfect recipe for romance in this brand-new series by Peggy Jaeger. Look for exclusive recipes in each book!

Kandy Laine built her wildly popular food empire the old-fashioned way—starting with the basic ingredients of her grandmother’s recipes and flavoring it all with her particular brand of sweet spice. From her cookbooks to her hit TV show, Kandy is a kitchen queen—and suddenly someone is determined to poison her cup. With odd accidents and threatening messages piling up, strong-willed Kandy can’t protest when her team hires someone to keep her safe—but she can’t deny that the man for the job looks delicious...

Josh Keane is a private investigator, not a bodyguard. But with one eyeful of Kandy’s ebony curls and dimpled smile, he’s signing on to uncover who’s cooking up trouble for the gorgeous chef. As the attraction between them starts to simmer, it’s not easy to keep his mind on the job, but when the strange distractions turn to true danger, he’ll stop at nothing to keep Kandy safe—and show her that a future together is on the menu…

Peggy Jaeger is a contemporary romance author who writes about strong women, the families who support them, and the men who can’t live without them.

Her current titles, available now, include SKATER’S WALTZ and THERE’S NO PLACE LIKE HOME, books 1 and 2 in her 6-book The MacQuire Women Series, published by The Wild Rose Press.

Tying into her love of families, her children’s book, THE KINDNESS TALES, was illustrated by her artist mother-in-law.

Peggy holds a master’s degree in Nursing Administration and first found publication with several articles she authored on Alzheimer’s Disease during her time running an Alzheimer’s in-patient care unit during the 1990s.

A lifelong and avid romance reader and writer, she is a member of RWA and her local New Hampshire RWA Chapter.