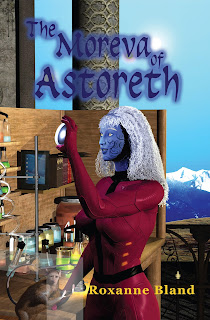 You know the old saying. Don’t judge a book by its cover. Well, people do it all the time—when it comes to books. How many times have you looked at a book in a bookstore or on the internet and put it down or passed it by because the cover art was terrible? Or uninspiring? It could have been a really great book, you know. How many times have you picked up a book with a fantastic cover only to discover it was a terrible read?

An experience of mine taught me this. A friend loaned me a book with a horrible cover. The book was called “Keeper of the King.” The cover featured a vampire holding a woman in a long flowing gown, blood on his lips and dripping down his chin. Quite lurid. I was dubious, but she just said “read it.” So I did. It was years and years ago, but that story has stuck with me. Why? Because it was a great story under that terrible cover. And oh—there were no kings, no women in long flowing gowns, and though there was a vampire, he definitely didn’t have blood on his lips and chin. In fact, he never bit anybody that I recall.

So how do book covers come to be?

In the larger publishing houses, the marketing department makes the decision on book design. The author has little or no say in the matter. And the rule is to be bold, be eye-catching and be different—but not too different! Which is why when you look at books, it seems you see nothing but sexy lingerie, napes of necks, the backs of women, the torsos of hot, hunky men, and so on. Except for some minor details, they all look the same.

That’s one of the beauties of being an independent author/publisher, or “indie” for short. You get to design your own book. There’s a catch, though. You should hire a professional book designer, unless you’re one yourself, to execute your vision. There are a number of programs that will generate a design for you, but then your book ends up looking like everybody else’s.

And one other thing—the cover should tell the potential reader something of the story. Obviously, for “Keeper of the King,” the marketing department never read the book.

In my case, The Moreva of Astoreth had two covers. The first was a depiction of Moreva Tehi, the heroine, in all her white-maned, purple-skinned glory, standing under a tree with vines and flowers. Doesn’t sound bad, right? That was my vision, right? Yes—except it didn’t work very well. The cover told nothing of the story. It was obviously about a woman, but so what? Lots of stories are about women, white-maned and purple-skinned or not. Needless to say, the feedback I received wasn’t too great.

I decided to change the cover. I went with a different designer this time, one who does 3-D modeling. Since Moreva Tehi is a scientist, we decided to depict her in her lab. She’s standing before her carrel, holding up a glowing disk. Laboratory equipment—beakers, flasks, etc.—crowd the surface. A skratz (think lab rat) is depicted in the bottom left hand corner. In the background are snow-capped mountains. Tells much more about her and her environment, don’t you think?

And the feedback has been much better.

In the world-building tradition of Andre Norton, Anne McCaffrey and Ursula K. LeGuin, The Moreva of Astoreth is a blend of science fiction, romance, and adventure in a unique, richly imagined imperialistic society in which gods and science are indelibly intertwined. It is the story of the priestess, scientist, and healer Moreva Tehi, the spoiled, headstrong granddaughter of a powerful deity who is banished for a year to a volatile far corner of the planet for neglecting to perform her sacred duty, only to venture into dangerous realms of banned experimentation, spiritual rebirth, and fervent, forbidden love. 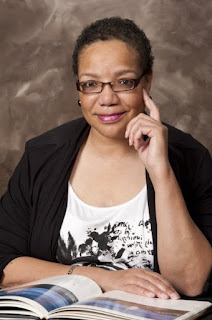 I've been a fugitive from reality since forever. As a child, I constantly made up stories--some would call them lies--about my family, friends, neighbors and even strangers on the street. I had friends that only I could see. Oh, the adventures we had!

Learning to read was a revelation. Words fascinated me. Whole new worlds opened up, and since my parents forbade nothing, I read everything. Some of it I didn't quite understand, but I didn't mind. I read it anyway. I even read the dictionary. When I was a little older, I was big on mysteries--English cozy mysteries, that is, Agatha Christie, were my favorites. Then I graduated to horror. Whenever a new book came out by Stephen King, Peter Straub or Dean Koontz, I was first in line. I was reading a little science fiction at this time--Robert Heinlein and authors like him--but I really didn't get into it until I was in college. The same with fantasy. I really got into high fantasy--Lord of the Rings style--in college.

During this time I was still making up stories, but not writing them down. They were private. Besides, I thought my family and friends would laugh at me. In fact, the only story I recall writing was one that won a contest when I was in elementary school.

So anyway, life goes on. I went to law school. After I graduated and entered the workforce, I finally started writing down my stories. I wrote a bit here and there, short stories that never saw the light of day (which was probably a good thing). Then I fell ill. I had the flu for a month. Bored out of my skull, I started writing a piece of fan fiction, though I didn't know that's what it was at the time. I showed it to a friend of mine who suggested I finish the story.

Well, that piece of fan fiction fell by the wayside, but in its place came a manuscript that would eventually become my first book, The Underground. I absolutely adored writing it. I absolutely adore writing, period. Slipping into that alternate reality for hours on end, there was a time in my life when it was called daydreaming and I got into trouble for it. Now it's legitimate. And that's the best part of all.