Book Feature: UNEARTHING THE PAST by W.L. Brooks

Book Cover Junkie is happy to be a part of Unearthing the Past Virtual Book Tour by romantic suspense author W.L. Brooks and organized by Pump Up Your Book. Scroll down to find out how you can purchase your copy of this exciting new book!

UNEARTHING THE PAST: THE MCKAY SERIES BOOK 3
By W.L. Brooks
Romantic Suspense

A single mother and owner of the town diner, Charlie McKay couldn’t be happier with her life in Blue Creek. Taking care of everyone around her is a labor of love, but the secret she’s keeping about her daughter’s parentage lurks beneath the surface. With the scars of the past still not healed, Charlie isn’t interested in adding a man to her life, even if that man is the oh-so-tempting Craig Sutton.

Determined to own his own bar, as his father had, Craig Sutton is a man on a mission. But wanting to enjoy small town life is only one of the reasons he moved to the mountains of North Carolina. Whether meaning to or not, Craig can’t keep from getting involved with the McKay family, and the closer he gets to Charlie and her daughter the more entangled he becomes.

In Blue Creek secrets have always run deep, and someone is now trying to expose Charlie’s in a disturbing way. She isn’t the only one with something to hide, however, and deception threatens a possible relationship between her and Craig. As hidden truths are revealed and danger increases, Charlie must find a way to face the past or lose everything.

Twenty minutes later, she put the finishing touches on her meatloaf. She
cranked the timer for another fifteen minutes and went to set the table. She had just put out the forks when she remembered the box. Maybe one of her sisters had sent them something. Out on the porch, Charlie took a few minutes trying to figure out how to get the thing inside—it weighed a ton. Finally, she decided to open the package right where it was. From the smell, something had gone bad. There was no way she was bringing it inside her house, much less her kitchen. Maybe if she hadn’t forgotten about the darn thing, it wouldn’t have had a chance to spoil. “It’s freezing out here, so it isn’t my fault,” she told the box. Shaking her head, Charlie used a paring knife to cut the tape. She opened the flaps, wincing at the stench, and looked inside. Charlie rushed to the porch railing and emptied her stomach. She closed the box, her hands shaking. It couldn’t be! Oh, God. 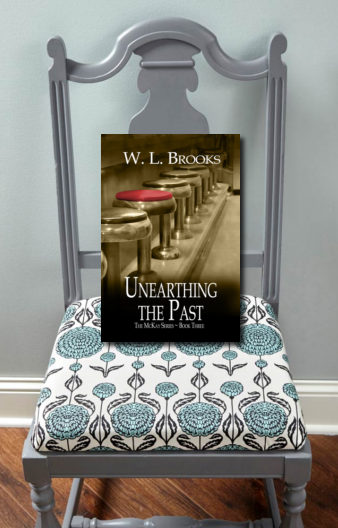 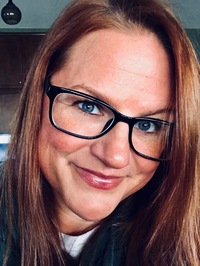 W.L. Brooks was born with an active imagination.  When characters come into her mind, she has to give them a life- a chance to tell their stories. With a coffee cup in her hand and a cat by her side, she spends her days letting the ideas flow onto paper.  A voracious reader, she draws her inspiration from mystery, romance, suspense and a dash of the paranormal.

A native of Virginia Beach, she is currently living in Western North Carolina. Pick up her latest novel, The Secrets That Shape Us- available now!