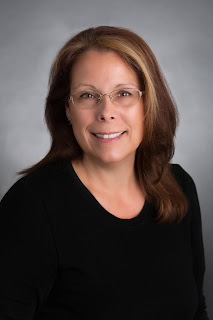 For many years, MaryAnn Kempher lived in Reno Nevada where most of her stories are set. Her books are an entertaining mix of mystery and humor. She lives in the Tampa Florida area with her husband, two children, and a very snooty Chorkie.


Katherine O’Brian has recently moved back to Reno NV, leaving an unhappy marriage behind. She has the unwelcome task of packing up her parent’s home after their recent deaths; her mother a year prior and her father recently. Her sister, who didn’t attend the funeral comes to help; pain and resentment simmers barely beneath the surface. At the same time, Katherine goes back to college to take the last class she needs for a degree 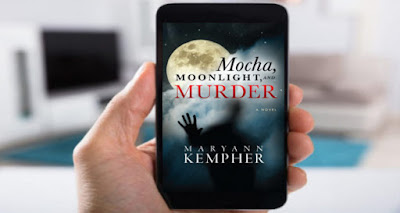 started years earlier. In the class, she’s assigned a partner to work on a class project—his name is Scott Mitchell. He’s tall, dark, and handsome and the attraction is almost immediate. However, they both see the foolishness of getting romantically involved with someone they’ll be spending many hours with for three months. If the romance goes south, so does the project and their grades. Their relationship evolves into a friendship; sure, the attraction is still there, but they both start dating other people, so it’s very much controlled, or so they choose to believe.


One night, Katherine can’t sleep. She decides to walk to an all-night diner three blocks away, at midnight; this is Reno, the city that never sleeps, and she can very clearly see the diner’s sign from her apartment. She is not afraid, that is until she witnesses a man placing a dead body into the truck of his car. The man chases her, but she gets away and hopes that’s the end of it. It’s not. Soon, she starts having “accident’s”, each time she’s lucky, but the accidents start to become more deadly, as if the killer had been playing with her, but now wants her dead, once and for all.


This story has a lot of humor in it, the two main characters chemistry makes for some laugh out loud dialogue reminiscent of older movies with stars like Katherine Hepburn and Cary Grant.


At the same time, the reader will see through the eyes of the man who wants Katherine dead.


The ending is one you won’t see coming.


My inspiration? That’s a hard question to answer. The story is dramatically different from the original concept. I was reading a story about Walmart. I don’t know if it’s true or not, but the news was saying that Walmart had been taking out life insurance 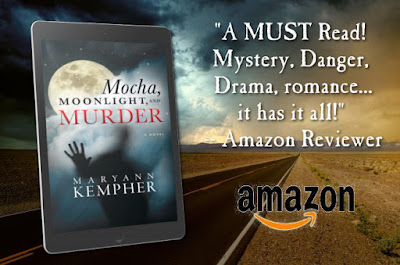 policies on their workers and cashing them out years later—long after the employee had left the company. The insurance was called, Dead Janitor insurance.


Tell us about your publishing process. What was it like? Did you go indie or the traditional way?


Mocha, Moonlight, and Murder is book one of a seven book series. It was published through a small publishing company. I was not happy with them, so bought the rights to my book back. I, then, published Mocha and the next six books through Amazon.


How did you choose the title for your book? Did it come to you right away, before you started writing it, or did it come later?


Originally, the book was called Risky Romance, but the publisher changed the name. The name is the only thing they did for me that I liked.


Tell us about the cover design process. Did you have a basic idea of what your book cover would be like?


Keep in mind, this was my first book and first time working with a publisher. I, pretty much did as I was told. The current cover is not the cover they chose, but one I helped design with a very talented cover designer; robin@mycustombookcover.com after I’d bought the rights to my book back.


How was your experience working with the designer?


Awesome. Her price includes unlimited samples, meaning I could have her tweak the cover until I was completely happy. Some cover designers will only give you three goes at it and then you have to choose one of the three.


What tips would you give to authors who are looking for a cover designer?


If you’re active on Facebook or twitter and see a book cover you like, reach out to the author. They will very likely tell you who designed their cover.


Anything else you’d like to say about your book?


I consider this book to be a romantic comedy with a murder mystery sub-plot. There is some, but very little profanity or sex.

One night, 28-year-old, Katherine O’Brian, decides to walk to an all-night diner. The only problem? It’s midnight, but Katherine lives in Reno Nevada, a city that never sleeps; she can clearly see the

diner’s lights in the distance. It’s no big deal, until she passes someone’s garage where a man is loading a dead body into the trunk of his car.

And now, she’s in trouble. She outran the man that night, and while she has no idea who he is, he knows who she is. And he wants her dead.

As if attempts on her life weren’t stressful enough, Katherine has gone back to college. She’s determined to finally finish her degree, but her lab partner is driving her crazy. He’s hot, but annoying. And she’s not sure which she wants more—a night of mad, passionate sex or a new lab partner. It varies from day to day.