Q&A with A. Keith Carreiro Author THE PENITENT - PART III 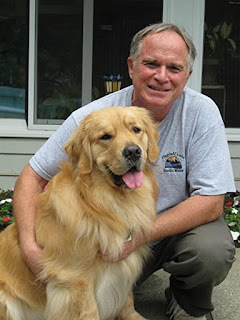 Keith Carreiro is the author of a planned nine-book series called The Immortality Wars. The Penitent—Part III is the third book and the last installment in the series’ first trilogy.

Carreiro is an adjunct professor at Bridgewater State University and Bristol Community College. He earned his master’s and doctoral degrees at Harvard Graduate School of Education.
Acting on his lifelong love of storytelling, Carreiro began writing The Immortality Wars series in 2014.

The Penitent – Part III is the third book of a planned nine–book series called The Immortality Wars. It concludes Pall Warren’s search for John Savage. Pall is an elite soldier who is a gifted combatant in close quarter fighting. Savage, also being almost seven–feet tall, is a fierce and indomitable warrior known for his accuracy with a longbow and fierce fighting prowess. Unknown to Pall, Savage is working for the High King and Minister of Affairs’ intelligence network. Savage was sent by Minister Pereduras to investigate strange rumors about supernatural creatures being unleashed against the people of West Fündländ, as well as to learn more about an alarming increase in raids being conducted along the western coast of the Realm.

After first meeting Savage close to a deadly field of combat in Part I, both men become separated from one another as a result of a pitched battle they have against Commander Gregor Mordant and his Marauders at a nearby abandoned farm. Added to the mix is a demon named Ünger whose sole purpose is to destroy “breathers” (i.e., humans), for whom he has an insatiable appetite. Pall’s pursuit of Savage brings him to Gullswater. Here, he learns from Merek, a former Marauder who helped torture Pall at the farmstead, but is now allied with him, that Savage has most likely gone east to the coast of the Sea of Fáelán.

In Part III, Pall’s quest for understanding what is happening around him brings him to the port city of Seascale, the summer residence of the High King’s court. Pall becomes involved in a deadly running battle between the High King’s forces and those of a renegade priest named Kosem Mungadai. A thaumaturge of the 13th level of the occult arts, his origins are unknown. He is capable of great feats of organization and oratory. Considered a savior by his followers, he is also respected by almost everyone in Seascale where he has a monastery called the Church of Equity. However, his sole purpose is to defeat and overthrow everything around him for the sake of investing all power into himself and the powers he serves.

The forces arrayed against the High King, his kingdom and army become further entangled with the war being waged between Mungadai, Commander Mordant and his Marauders and the spiritual forces unleashed by the priest against Savage and his companions. Combat swirls relentlessly throughout the city at night in the middle of a torrential downpour of rain.

In search of John Savage, Pall Warren encounters the destructive power of evil arrayed against him. Even though loss ekes a toll upon his life, he summons the strength and courage to continue his quest for meaning. He discovers that the role he must play in determining who he is forms an integral part in the destiny of everyone around him.

Evil unleashed. Goodness embattled. A spellbinding story erupts onto the pages of the concluding novel of the Penitent trilogy.

I went indie for my publishing process because I could maintain artistic control over my work and a better return of profit on book sales than going the traditional way. The process was arduous at first because of the steep learning curve I was on, especially in trying to find reliable and professional people in the book publishing industry to help me get the story released to the public. I went with a book shepherd who, while helpful, did not have the overall expertise I needed to have for the type of books and series I was creating.

It’s tough having to accomplish a task, like publishing a book, without having the requisite skill set to do so. Thus, many areas of the first book I published (2016) lacked sufficient product standards. For example, the copyright page was not professionally formatted and I could not sell the book to libraries or stores such as Barnes & Noble. I also was advised to use a publisher, lulu.com, that did not offer as much visibility as Amazon and who offered a far less royalty program for kindle and paperback version than Amazon.

For the second book (2017), I switched over to Create Space. Working with this platform was a lot better experience.

I went with a local area publisher, Stillwater River Publications, for my third book. I also republished the first two books with Stillwater and released all three on my birthday last year (August 18, 2019). I now have three books I am very proud of creating.

In early May of 2014, the title for the series, The Immortality Wars, came to me in a burst of inspiration before I started writing the first book.

I had a basic idea about the way my book cover would be created. I wanted the main image to be that of a remarkable looking copper beech tree. This tree, along with its fellow specie members, plays a pivotal role in the story. I had an image of it in mind that resembled the gifted work of Maxfield Parish (1870-1966). Parish’s brilliant portrayal of color, especially how his paintings employed saturated hues, were amazing to me. His use of fantasy and classical themes were relevant to what I was attempting to achieve in telling the story in my series.

I looked all over my area for an artist who could do something like I had in mind to do for my first book cover. Lo and behold, my cousin Hollis Machala was getting into painting water colors and I very much liked what she was drawing. We started talking about ideas for the book cover, and after she did some preliminary designs for me, I commissioned her to create the cover art.

Hollis was remarkably patient with me, especially because I cannot even draw a decent stick figure, and my inelegant visual attempts made it seemingly impossible to describe to her what I was looking for in a cover design. Not only did she adapt my suggestions into a series of design choices, she created three of the images I have respectively used for my first trilogy cover art.

I have received a positive response from readers about the quality of the book covers. They say the covers are uniquely rendered and attractive, thus drawing prospective readers into examining the book more closely.

Please don’t skimp on the cost of the design. People do judge a book by its cover. Be sure to conduct a comparable book cover search on books done for other authors in your genre(s) of writing. Try to have it designed within the parameters of the genre(s) you are writing in, but have it look uniquely yours. After all, you are creating your brand, and doing so is incredibly important.

I believe my readers are those individuals who first and foremost love an entertaining and exciting adventure. They include those who love science fiction, fantasy, thrillers and spiritual odysseys.  Young readers (ages 14 to 18) and adults alike who read series that chronicle the human condition are those who are appreciating my work. As it is Christian themed, I hope that the Christian community of readers who love speculative fiction will embrace this story.

Reader fans mean a lot to me because their support of my writing represents a validation of the stories that have come to me and with which I have the opportunity to bring before them. I have always loved to hear stories and I have been fascinated by them and their respective storytellers. I consider it an honor to be able to play a part in such creation.

My greatest hope and wish is that the release of this third book in The Immortality Wars series helps this saga become known nationally and internationally. In doing so, I hope that it will help me to focus solely on my writing. I want to see this story fully developed, written and released to avid readers throughout the world.
About the Book:

THE PENITENT—PART III, the third installment in author A. Keith Carreiro’s Immortality Wars series, brings Pall Warren, an elite warrior touched by the hand of God, into a new battle that pits the forces of good against those derived from the evils of man and beyond. As the final book in The Penitent trilogy, Pall joins with former enemies and comes closer to fulfilling his purpose of overcoming the corruption threatening humanity.

In THE PENITENT—PART III, Pall Warren recovers from another bout of the suffering that has plagued his life by helping his friends bury their family members who were killed by a supernatural being with an insatiable appetite for humans. He travels to Gullswater, West Fündländ, in search of John Savage—the accomplished bowman—who was once his foe. The men forged their friendship in combat against Commander Gregor Mordant and his Marauders.

While Pall searches for his friend, Savage meets with his employer, Braucus Peredurus, the King’s minister of affairs, to report his observations of mystical events and otherworldly creatures and then reveals that he has been tracking Commander Mordant, who, as he learns from Peredurus, is a key member of the King’s intelligence service network.

Mordant is loyal to Kosem Mungadai, the respected head of the Church of Equity in the City of Seascale and a practitioner of the occult arts. Savage suspects Mordant is working against the King’s agenda and wants to detain the Commander, but Peredurus orders him not to; however, this command does not stop the bowman from surveilling Mordant. Meanwhile, Pall encounters Merek, a former member of the Marauders and crossbow expert. Merek suggests that Savage has gone to Seascale in search of Mordant.

As tensions rise in the city, Mordant, Mungadai, and Savage cull together fighters to engage in urban warfare during a torrential rainstorm. As the battle begins, Pall and Merek stealthily contribute to Savage’s efforts. While the warriors relentlessly brawl throughout the pitch-black night, Mungadai conjures a squad of supernatural beings to assault Savage and his warriors with the ultimate goal of overthrowing the kingdom and empowering the evil forces he serves.

In writing THE PENITENT—PART III, Carreiro’s goal was to create an epic story that brings Pall closer to fulfilling his destiny by posing the question, “In his quest for meaning, can virtue be used to combat and overcome evil?” For the reader, Carreiro hopes THE PENITENT—PART III offers a sense of “the mystery, wonder, and grandeur that is in this world and beyond that is available to us in the time we are placed here, despite the suffering and challenges each of us faces in our own lives.”