Book Blast! THE WALTZ OF DEVIL'S CREEK by Justine Carver 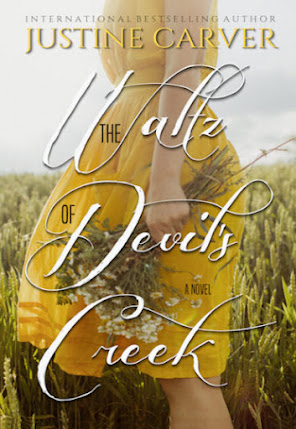 Judith Campbell is dying, and she cannot take the painful truth about where her son came from to the grave with her. While on her deathbed in Atlanta, Georgia in 1994, Judith tells him the tragic story of his conception, and which of two men his birth father could be: the young man who professed his love to her, or the pastor who assaulted her.

Set in the Deep South in 1947, The Waltz of Devil's Creek digs into the dark crevices of racism and women's rights during a heated political climate in an era of segregation. Combined with Judith's lack of social stature, and at a time when reporting sexual assault was unheard of, every injustice is stacked against her from the very beginning.

But there is a light in Judith's young life: her best friend, Joseph Bird, who has loved her since childhood. Joseph stands up for Judith when no one else will and proves that even in the darkest of times, a light is always burning.

Link to book on B&N:

Link to book on Kobo:

“But Mrs. Bird,” I said, looking over at her, “God don’t want people like Pastor Allman.”

She just looked at me for a moment, and then a smile slowly lit up her eyes again.

“YOU COME ON OUT HERE BIRD!”

The voice snapped Mrs. Bird and me from our moment, our heads simultaneously jerking toward the living room.

When we heard Joseph’s feet stomping against the floor as he ran down the hallway, Mrs. Bird and I dropped the dishtowel and the plate and hurried out of the kitchen.

“YOU GET YER DUMB ASS OUT HERE!” a second voice shouted, “OR WE’RE COMIN’ IN TO GET YOU!”

He flung the front door open anyway, and before he could step outside, the Woodson brothers jumped on him in the doorway.

“Get out of my house!” his momma shrieked.

The whole house shook as the three fought; a small table underneath the window beside the door fell over, shattering the flower vase atop it; fists swung and legs kicked, and cuss words flew.

“You little piece of shit, you burned up my truck!” said the blonde-haired brother.

“I’m gonna kick your nuts right up yer throat!” said the brown-haired one. “What tha hell were you thinkin’ boy?!” Thwap! When his fist pulled back, his knuckles glistened with Joseph’s blood.

“Let go of him! Let go! Let gooo!” I dug all ten of my fingernails into the blonde’s arm, trying to stop him from pulling Joseph out of the house.

His momma was on the other side, screaming as she worked, unsuccessfully, to beat them off with a broom. The blonde shoved me away, and I fell onto my butt on the porch as they dragged Joseph down the steps and into the front yard.

“Don’t you touch my son!” Mrs. Bird roared, and the broom came down hard on the brown-haired one’s back.

He whirled around, seemingly unfazed by the blow, and yanked the broom from her hands and tossed it.

Mrs. Bird ran next door and called Sheriff Woodson, but he never showed; he’d stayed out of all the incidents between Joseph and his sons. But Joseph wouldn’t have had it any other way. 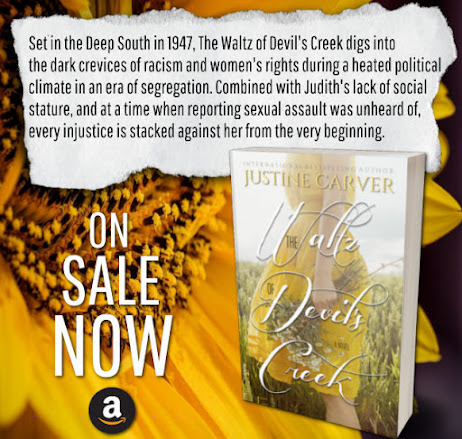 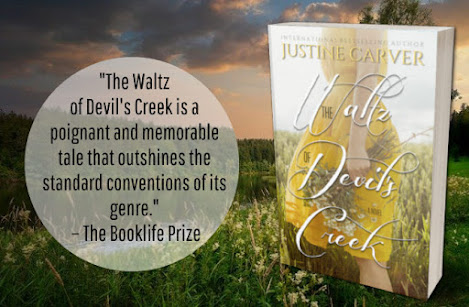 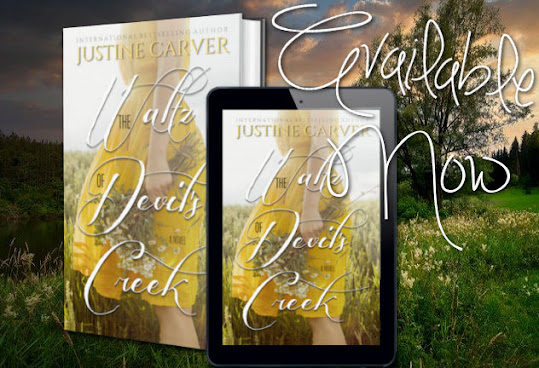 Justine Carver was born and raised in the Southern United States on a heavy dose of creek-wading, lightning-bug-catching, and Saturday morning cartoons. She is a full-time writer, all-the-time reader, and every now and then, she pulls her head out of the clouds long enough to remember how much better it is up there. 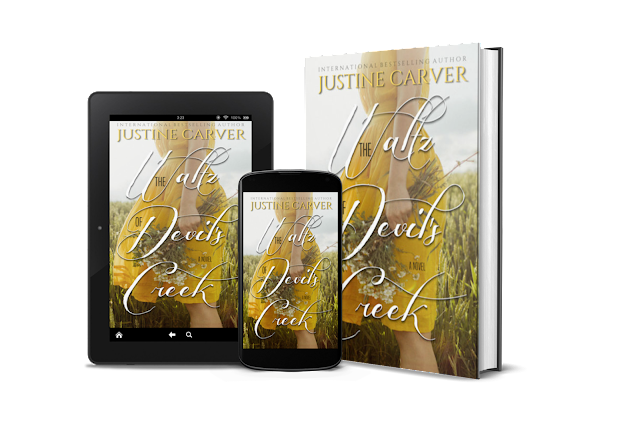