Q&A on Book Covers with A.S. Fenichel Author of Misleading A Duke #misleadingaduke

A.S. Fenichel gave up a successful career in New York City to follow her husband to Texas and pursue her lifelong dream of being a professional writer. She’s never looked back. 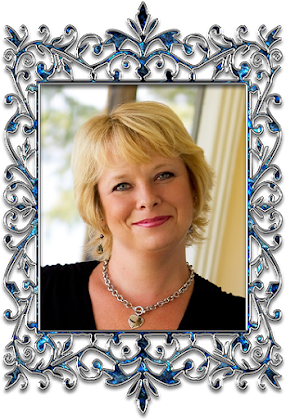 A.S. adores writing stories filled with love, passion, desire, magic and maybe a little mayhem tossed in for good measure. Books have always been her perfect escape and she still relishes diving into one and staying up all night to finish a good story.

A Jersey Girl at heart, she now makes her home in Southern Missouri with her real-life hero, her wonderful husband. When not reading or writing, she enjoys cooking, travel, history, puttering in her garden and spoiling her fussy cat.

Misleading A Duke is book 2 in The Wallflowers of West Lane series. In book one, The Earl Not Taken we meet four ladies who have an unbreakable bond and make a pact to protect each other from men who might harm them.

When Faith is engaged to a man they have never met, the fact that he’s a duke is not important. The Wallflowers set out to discover his character. But Nick is not accustomed to telling his secrets and he has many.

In one final attempt to learn if Nick is of good character, Faith lures him to a remote castle where she intends to convince him to tell her something of his past. However, they are set upon by three French spies from Nick’s past and what was to be a game of wits turns deadly.

Staying alive long enough to find out if they could find love becomes the order of the day.

It took me a long time to get published. I had a lot to learn, but after seventeen years and unwavering determination my first book was traditionally published. I published ten books with my first publisher and then they went out of business. When I got my rights back, I self-published those ten books. Since then, I’ve been working with another traditional publisher and together we’ve produced twelve books so far.

Every time I have to come up with titles, I make list after list of them. I consult my friends, both writers and non-writers. It’s a constant struggle to find titles that please myself and my publisher and will hopefully intrigue readers enough to pick up the book and read the back cover.

I absolutely love my covers. Kensington Publishing has a fabulous art department who do a great job. I tell them what I’m thinking and they try to make it happy. Usually, it’s ten times better than what I thought of.

Readers have really seemed to love the silhouetted covers for The Wallflowers of West Lane. The flowered wallpaper is clever and striking. I’m in love with them

Find examples of their work. Make sure they using professional images and software. Make sure they’re willing to work with you to tweak the cover if need be.

Thank you so much for having me on Book Cover Junkies. I hope you love the cover of Misleading A Duke and I know you will adore Faith and Nick’s story. 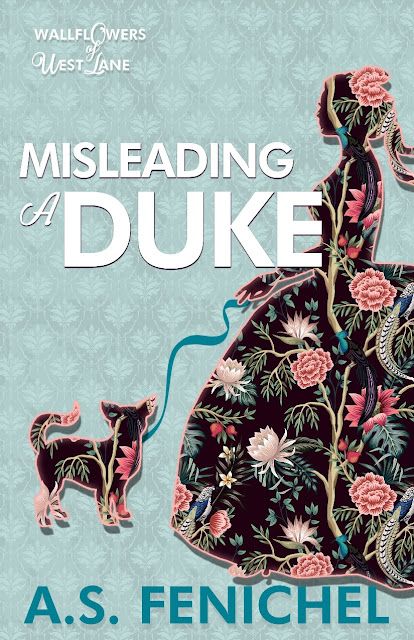 Finishing school failed to turn them into proper society ladies. Now these four friends vow to remain single until they find suitors worthy of their love and devotion…

Betrothed to a man she has barely met, Lady Faith Landon calls upon her three best friends—the self-proclaimed Wallflowers of West Lane—to help uncover the secrets of her mysterious fiancé. Her suspicions are aroused when she learns that he has recently returned from France. Is he a traitor to his country? The truth is quite the opposite. Nicholas Ellsworth, Duke of Breckenridge, is a secret agent for the English Crown who has just completed a risky mission to infiltrate Napoleon’s spy network.

After his adventures, Nicholas craves the peace and quiet of the country and settling into domestic bliss with his bride. Until he discovers Faith’s deceptive investigation. How can he wed a woman who doesn’t trust him? But a powerful spark has ignited between Nicholas and Faith that could bring about a change of heart. Faith seizes her second chance to prove to Nicholas that they are a true love match but his past catches up with them when three French spies come to exact revenge. Surviving rather than wooing has become the order of the day.

Praise for Misleading A Duke

Fenichel’s high-octane second Wallflowers of West Lane Regency romance (after The Earl Not Taken) follows a reluctantly betrothed couple as dire circumstances help them to see past their bad first impression. Lady Faith Landon earns the ire of her fiancé, Nicholas Ellsworth, the Duke of Breckenridge and a spy for the English government, when she and her friends snoop into his past. Faith hopes to explain that she was anxious and trying to learn more about him before their wedding day, but she needs the help of Nick’s friend and fellow spy Geb Arafa to convince him to hear her out. Geb requests Nick meet him at his hunting lodge, Parvus Castle, to discuss an urgent matter that Nick assumes to be of national importance. But when Nick arrives, he finds Faith waiting to plead her case. Her explanation is interrupted when French spies invade Parvus, take both captive, and torture Nick for information about the movement of English troops. Imprisoned together, Nick and Faith form an unshakable bond as Faith tends to Nick’s wounds and Nick witnesses her kindness and unflinching bravery. Fenichel juxtaposes the mannered world of Regency aristocracy with the gritty, life-or-death situation of Nick and Faith’s captivity to excellent effect. This immersive, fast-paced novel will have readers on the edges of their seats.