On the Spotlight: 'Somebody Else’s Troubles,' by J.A. English

Somebody Else’s Troubles by J.A. English 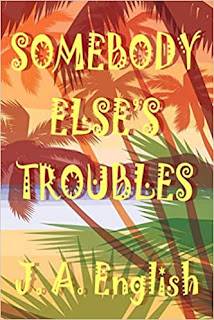 An inventive, intriguing, and extraordinarily thought-provoking tale, Somebody Else’s Troubles centers on a titillating question: who among us hasn’t dreamed of walking to the corner store and simply disappearing?

About Somebody Else’s Troubles:  Ohio businessman Travers Landeman has plenty of troubles. Between a marriage that is loveless at best, a hateful, greedy, self-consumed wife, and a family business changing in unexpected and unwelcome ways, Travers copes in the best way he knows how: by making a conscious effort not to think.  But when his teenage nephew, Matthew Calkins, reaches out to him for help, Travers turns away. When his inaction causes unspeakable guilt, Travers fakes his death on the Caribbean Island of Mabuhay, an act that sets into motion a most unusual series of events—events that will bond together a most unusual cadre of people.

Years pass and it appears that Travers, now settled in to a new life with a new family and a new name, has gotten away with it.  Or has he?

Chicago bookseller Joe Rogers leads a group of amateur archaeologists to Mabuhay. Dealt a fistful of trouble when he acquired Chicago’s oldest bookstore, The Yellow Harp, Joe Rogers has a penchant for vodka, an abject ineptitude for following orders, and an abundance of useless knowledge. But at a dig site in Mabuhay, Rogers discovers an ancient treasure—a jeweled mask. Will Joe, who has his own axe to grind with Atlantis Fidelity Insurance, step off the sidelines and get back in the game?

Esmerelda McNab, United Nations Ambassador of the UN’s newest member nation, the Commonwealth of Mabuhay, has her own set of troubles—protestors who denounce her part in the sale of the mask that Joe Rogers discovered as “cultural genocide.”

Do love, peace, and redemption even exist on Mabuhay?  Or are somebody else’s troubles just that?

A brilliantly-rendered tale, Somebody Else’s Troubles takes readers on an unforgettable journey spanning from the streets of Chicago’s gritty Austin neighborhood to the remote island paradise of Mabuhay.  Resplendent with richly-drawn characters that spring to life in the novel’s pages, Somebody Else’s Troubles is peppered with wit and subtle humor. Novelist J.A. English delivers a clever, captivating, smart, seamless story replete with fascinating historical detail and literary allusion.   A beautifully written literary novel about escape and inertia, action and inaction, faith and doubt, and finding home—and hope—in the unlikeliest of places, Somebody Else’s Troubles is destined to stay with readers long after the final page is turned. 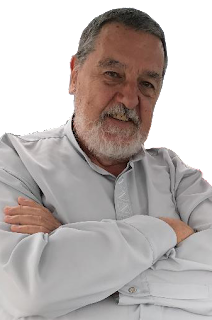 A proud native of Paterson, New Jersey, J.A. English came of age in Mexico City, Mexico. He received his B. A. cum laude from Colorado College in Colorado Springs, Colorado, and an M. A. from Rice University in Houston, Texas. English is a Woodrow Wilson Fellow. He has lived for a half century in the Austin neighborhood on Chicago’s west side, where he still maintains a residence, but now spends much of his time in Sosua, Dominican Republic. English is a widely-published writer whose works have appeared in the Chicago Tribune, the Chicago Sun-Times, the Chicago Reader and Co-Existence, the literary journal which featured the works of Henry Miller.  Visit J.A. English online at:  https://sites.google.com/view/somebodyelsestroubles/home

Find out more on Amazon