An Interview with Connie Berry, Author of 'The Art of Betrayal' 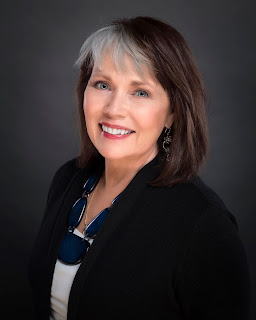 Connie Berry is the author of the Kate Hamilton Mysteries, set in the UK and featuring an American antiques dealer with a gift for solving crimes. Like her protagonist, Connie was raised by antiques dealers who instilled in her a passion for history, fine art, and travel. During college she studied at the University of Freiburg in Germany and St. Clare's College, Oxford, where she fell under the spell of the British Isles. In 2019 Connie won the IPPY Gold Medal for Mystery and was a finalist for the Agatha Award’s Best Debut. She’s a member of Mystery Writers of America and is on the board of the Guppies and her local Sisters in Crime chapter. Besides reading and writing mysteries, Connie loves history, foreign travel, cute animals, and all things British. She lives in Ohio with her husband and adorable Shih Tzu, Emmie.

Tell us about  your book! What is it about and what inspired you to write it?

The Art of Betrayal is the third book in the Kate Hamilton Mystery Series, set in the UK and featuring an American antiques dealer with a gift for solving crimes.

Kate is spending the month of May in the Suffolk village of Long Barston, tending her friend Ivor Tweedy’s antiquities shop while he recovers from hip surgery. She’s thrilled when a reclusive widow consigns an ancient Chinese jar—until the Chinese jar is stolen and a body turns up in the middle of the May Fair. With no insurance covering the loss, Tweedy may be ruined. As DI Tom Mallory searches for the victim’s missing daughter, Kate notices puzzling connections with a well-known local legend. This complex case pits Kate against the spring floods, the murky depths of Anglo-Saxon history, a house with a tragic history, and a clever killer with an old secret.

I was inspired to write this story by the history of the sacking of the Old Summer Palace north of Beijing in 1860 by British troops under the command of the British High Commissioner, Lord Elgin. The act was in response to the torture deaths of delegates sent to negotiate the surrender of the Qing dynasty. Within three days, the magnificent palace, possessing the most extensive and invaluable art collection in China, was reduced to ashes and rubble. The soldiers helped themselves to many of the treasures, which have ended up in museums and private collections all over the world. China has made patriating these treasures a constitutional mandate. 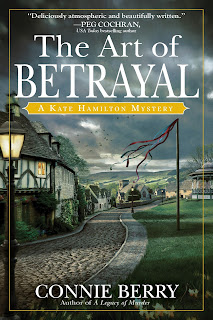 My books are published by Crooked Lane Books, New York. In 2018, I met Faith Black Ross, senior editor, at SleuthFest Writers’ Conference. She liked my writing and offered me a contract. That simple story happened after ten years spent writing my first novel. During those years, I learned how to write a book. The best thing I did was join the national and local chapters of Sisters in Crime. They encouraged me to attend writers’ conferences, to take advantage of as many learning opportunities as I could, and to meet other authors. Having a support system was key.

One of the things I learned with my first book is the publisher gets to choose the title. This is a good thing, because they do the market research and know what they’re doing. Book titles convey something about the book to a potential reader. My working titles are never the final title. Crooked Lane did ask me for ideas, though. For The Art of Betrayal, I submitted at least twenty-five potential titles, incorporating words that conveyed the content and theme. They chose the one that fit best, and I’m very happy with it.

Cover design is another aspect of the publishing process handled by the publisher. I was asked to provide a summary of the content, some key words and themes, major settings, and an excerpt or two that captured the essence of the book. Since The Art of Betrayal is set in England during the month of May, and since an early key scene takes place at the village May Fair, the cover depicts a May pole on the green in an English village. I love the menacing clouds. They perfectly capture the setting and mood of the book.

Who is your cover designed, and how was your experience working with the designer?

I don’t know who designed the cover but I’d like to thank him or her. I suspect the design was a collaborative affair. An early mock-up was blue-washed and too dark. Throughout the process, I was invited to give my thoughts.

An early reviewer said this: “As soon as I saw the cover, I knew I was going to love the book.” That is exactly what a cover should do—draw the reader in.

As a traditionally published author, I’m not the best person to ask. I’ve never looked for a cover designer. For those designing their own covers, I can suggest reaching out to one of the terrific organizations—Mystery Writers of America, Sisters in Crime, Romance Writers of America, etc. These organizations exist to support and encourage authors, and they offer loads of resources. A indie writer might also check out the credits on a cover they especially like. Who designed it? Find out and contact them.

Thank you so much for letting me chat about The Art of Betrayal. I had lots of fun writing the story and hope your readers will give it a try.

3. Booksamillion: The Art of Betrayal : A Kate Hamilton Mystery by Connie Berry (booksamillion.com)

4. Indiebound: The Art of Betrayal: A Kate Hamilton Mystery | IndieBound.org