Guest post by Jane Jordan, Author of 'The Beekeeper's Daughter'

The book cover for The Beekeeper’s Daughter is a simple design - a bee resting on a pentagram, against a plain dark background.  The title words are situated below the design and are a light honey color.  We used a vintage style in keeping with the Victorian theme of the book. My name is written in more modern style, and is a little more prominent.

I wanted a simple yet eye-catching design, to make my book stand out if it were placed amongst others.  This design also does not look out of place amongst my other previously published book covers, where I used a single idea, or a combination of two ideas significant to those stories.

The bee and the pentagram are significant to the story of, The Beekeeper’s Daughter, as bees feature throughout the novel.  The pentagram is reference to the witchcraft element, and a strong theme running throughout this book.

My publisher is Black Opal Books, and I worked with Jack in the art department to create this cover.  When I told him my idea, he soon grasped exactly what I wanted.  We did try, adding a red rose and a dark honeycomb pattern as a background, but I soon decided both these things detracted from the main design.  They made the cover appear complicated.  I came to the conclusion that simplicity was the best way to go.

Then, it was a matter of the right type of bee, and pentagram.  I requested the pentagram either be etched or drawn, to mimic the pentagram in the story, and Jack  achieved that idea perfectly.  We tried a couple of different bees, but the one we ended up with is exactly what I was looking for. This bee is lifelike and endearing, but when placed on the pentagram it gives a hint of something sinister. Title:  The Beekeeper’s Daughter
Genre: Thriller
Author: Jane Jordan
Website: janejordannovelist.com
Publisher: Black Opal Books
Find out more on Amazon and B&N
Beekeeper’s daughter Annabel Taylor grows up wild and carefree on the moors of England in the late 1860s. A child of nature and grace with an unusual ability to charm bees, Annabel follows in the footstep of her mother Lilith, a beautiful witch.  With her closest friend and soulmate Jevan Wenham by her side, Annabel’s life is a life filled with wonder and curiosity. But Jevan, the son of a blacksmith, lives his life on the verge of destruction, and his devotion to Annabel probes the boundaries between brutality and deep desire, passion and pleasure. When Jevan leaves Exmoor to pursue an education in London, Annabel’s world shatters.  Devastated without Jevan, Annabel is sure her life is ending. But everything changes when she crosses paths with Alexander Saltonstall. The heir to the Saltonstall legacy and son of Cerberus Saltonstall, the wealthy landowner of the foreboding Gothelstone Manor, Alex is arrogant and self-assured—and enamored of the outspoken Annabel.  Even though the two are socially worlds apart, that doesn’t stop Alex from asking, or rather demanding, Annabel’s hand in marriage.  But when Annabel refuses, she is forced into an impossible situation. To further complicate matters, Jevan is back—and so are those same desires, that same passion and intensity. But nothing is as it seems, and Annabel and Jevan are in grave danger.  At risk of being ensnared into the dark legacy of the Saltonstall family, Annabel faces the ultimate test.  Will her fledgling powers be enough to save those she loves most? Can she even save herself? 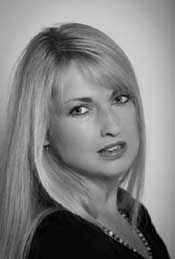 ABOUT THE AUTHOR
Jane Jordan grew up in Essex, England and spent six years in the South West of England living on Exmoor.  A trained horticulturist, Jane worked and volunteered for Britain’s National Trust at Exmoor’s 1000-year-old Dunster Castle. The atmosphere, beautiful scenery, and ancient history of the place inspired Jane’s first novel, Ravens Deep, the debut release in her gothic vampire trilogy, which also included Blood & Ashes and A Memoir of Carl.  Jane Jordan lives in Southwest Florida.

Connect with Jane Jordan on the web: