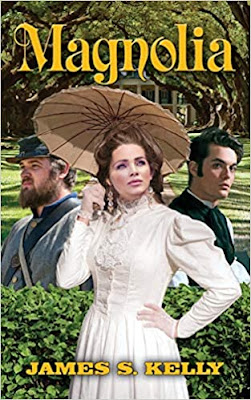 Two young men grow up in the south, become great friends and love the same woman. One moves north as the civil war nears and becomes Administrative Asst to Abraham Lincoln The one who remained in the south vacates his office of US Senator to become the south’s chief spy. Both men are pitted against each other during the war. As the war ends, they try to renew their friendship but will the presence of the one they both love be an impediment.

As soon as the seven southern states seceded from the union, their sons and relatives in the Union Army and Navy resigned their commissions and became the elite officers of the Confederacy. They were euphoric; they threw parties and prided themselves on their great fortune. They didn’t’[t stop there; they became aggressive. The state of South Carolina, one of the first to secede, claimed that Forts Moultrie and Sumter in the Charleston Harbor belonged to the Confederacy; therefore, the Union Soldiers in the fort must vacate. General PGT Beauregard, the former Superintendent of Cadets at West Point, who immediately switched sides,  was in charge of that state’s militia, but was taking his orders from Jefferson Davis in Montgomery, the interim Capitol of the Confederacy. Whether Jefferson Davis’ request to Lincoln to turn over the forts was rejected because it lacked merit or Lincoln took too long to respond, is mute in the long run.

The firing on Fort Sumter on April 12, 1861 began a war that had no reason to happen. It was as though a disagreement between father and son had escalated way beyond what either wanted. At some point, each realized that they had gone beyond the normal barrier of good behavior and tried to step back and assess their actions. The father made every effort to try to explain to his son why his actions were unacceptable, but a sense of freedom to do as he wished, made that view almost impossible for the son to accept. He and his friends were caught up in a wave of excitement, which escalated into a cause. The normal civility between father and son was met with obstinacy and imprudence. Consequently, neither could see how to rectify a situation that continued to fester and finally got out of control. There seemed to be no common ground, no mediation and no chance for reconciliation. Just like a family, a nation was splitting apart.

So too, did the distance between two childhood friends from Charleston, South Carolina, widen even though in the early stages, they tried to maintain a sense of decorum and respect, ignoring all outside influences. But it was not to be. The tension had grown from anxiety to acceptance, on both sides; their views were incompatible.

On that fateful day, James Stephen Harris and his wife Claire were sitting at the dining room table in their rented Georgetown Residence in Washington DC. The lights on the black wrought iron lamps on their porch illuminated their entrance steps and their beautiful white slump stone exterior.. They were hosting four of their closest friends to celebrate Claire’s thirtieth birthday. Her mother and step-father planned to attend, but the situation was such that they wanted to see what would happen next before they crossed the Atlantic to be with the one they raised.

James had spent the busiest two weeks of his life getting acclimated to his new position as Special Advisor to the newly elected President of the United States, Abraham Lincoln. All six friends looked solemn; the neighborhood outside was quiet; it was as though an honored member of their family had died. No one spoke of the situation; no one wanted to. They talked of trivial things until ten that evening and then the guests left.

Several hundred miles to the south in their home outside Charleston, South Carolina, John William Beauregard, with his wife Louisa and their two children were celebrating the same occasion with champagne at their magnificent plantation, called Magnolia. He’d resigned from the US Senate, as soon as the State of South Carolina seceded from the union. Interim President of the Confederate States of America, Jefferson Davis, with an endorsement from John’s cousin, General PGT Beauregard, asked him to lead the Confederate Signal Corp. He was that new nation’s chief spy.

They were embarking on an adventure and everyone was excited. John looked over at his wife and said, “We won’t be told what to do or how to run our lives anymore by some Union Bureaucrat in Washington.”

“Be careful what you wish for, John.” She responded.

“I just don’t understand the provocation. Why start something that can’t be reversed. The forts weren’t being supplied, so why not wait. The defenders would eventually have no recourse but to leave. Firing on the forts seemed to force the issue.” James Beauregard, their son, who was scheduled to attend West Point in the fall asked.

“I wouldn’t have done it that way, but the die is cast. I believe many in our new administration wanted to make the break as sharp and as quick as possible, so there’d be no recourse.” His father responded

Over the next four years, the two childhood friends, James Harris and John Beauregard, would be rivals, as antagonistic and would use every conscious moment during that period to assist their side in this ridiculous loss of life, property and dignity.. 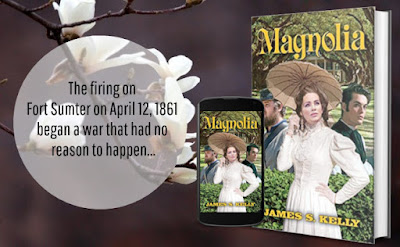 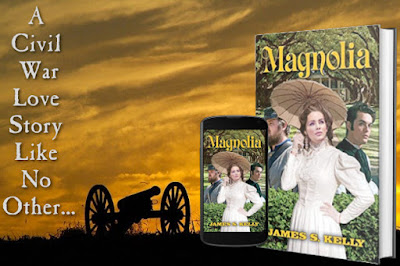 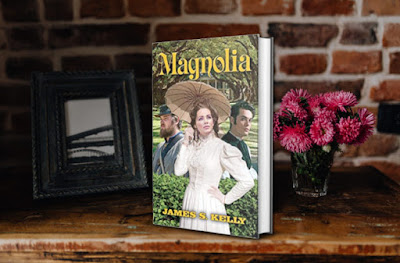 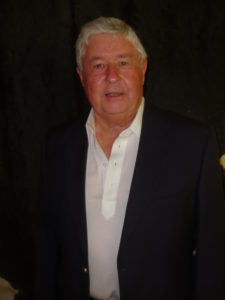 James S. (Jim) Kelly is a retired United States Air Force Colonel with over 100 combat missions in Vietnam. Prior to his retirement, Jim was Program Director for a Communication’s Program in Iran, working directly under the Shah. Jim and his wife, Patricia own and operate High Meadow’s Horse Ranch outside Solvang, California. All of his novels use Solvang and the Santa Ynez Valley as a setting. Over the past 15 years, Jim and his wife have been active in a charity supporting our troops in forward operating locations, in hostile territory, overseas.