Paul Martin Midden is the author of five previous novels, each of which explores different writing styles. He practiced clinical psychology for over thirty years. Paul’s interests include historic restoration, travel, fitness, and wine tasting. He and his wife Patricia renovated an 1895 Romanesque home in 1995 and continue to enjoy urban living. 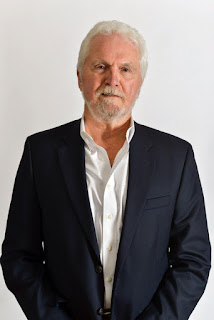 Interview:
Tell us about your book! What is it about and what inspired you to write it?
Riley is about the eponymous protagonist who is about thirty, a writer by trade, who lives in Washington, D.C. At the beginning of the book, she has left her husband and has undertaken a novel about separation and divorce. She lives in a small apartment in a D.C. high-rise.
The characters in Riley’s novel are also in a marriage that is teetering on the edge. It opens with Adam, her protagonist, trying to decide if he should talk to Suzanne, his wife about their relationship. He works from home, and he has decided this was the day they would talk. In the end, he loses his nerve and doesn’t say anything. But to his surprise Suzanne is the one who takes the initiative.
Riley’s life and the novel she is writing share many similarities, but there are also major differences. Suzanne turns out to be having an affair with her female boss. Riley’s best friend is a slightly older lesbian who is attracted to Riley but who values the platonic friendship they have.
As the story unfolds, unexpected things happen that challenge all of the characters. Without giving away the plot, the lines between reality and fantasy begin to blur, and each of the characters has to deal with the emotional impact of events as they unfold.
That is what the story is about.
Why I wrote it: good question. There are echoes of my own experience in this book, although those events happened years ago. Major life changes, such as the divorces imagined in this book, are often difficult but growthful times. I remember my own, and it was both growthful and difficult. That is something I wanted to portray in this book.
Tell us about your publishing process. What was it like? Did you go indie or the traditional way?
A few novels ago, I set up my own publishing company, Wittmann/Blair, to oversee the production and distribution of my work. I found it more straightforward than going through other companies, and it allowed me greater control over the finished product.
How did you choose the title for your book? Did it come to you right away, before you started writing it, or did it come later? 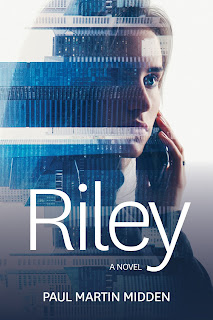 The title is the name of the principal character. It started as a working title during the writing. When it came time to select a permanent title, the choice was not difficult. I kept it. I prefer straightforward titles.
Tell us about the cover design process. Did you have a basic idea of what your book cover would be like?
I had no clue. I sent it to my designer to handle that. She is great and has done work for me before.
Who is your cover designer and how did you find him/her?
Peggy Nehmen of Nehmen/Kodner Design in St. Louis. I found her through the St. Louis Publishers Association, a local publishing resource that brings together people from all aspects of writing and publishing.
How was your experience working with the designer?
Smooth. I enjoy working with Peggy a great deal. She is honest, straightforward, and consistently helpful.
What has been the readers’ response to your cover?
I think the final cover has been well-received. However, it came down to two covers, so Peggy posted both on a Facebook group (Indie Cover Project) and solicited and received feedback about which one was more compelling. Clever idea, I think. Pretty much the consensus was the cover we finally chose.
What tips would you give to authors who are looking for a cover designer?
Use Peggy. Or search for someone whose work you respect and who is candid and easy to work with. And who doesn’t charge a fortune. Also, the Indie Cover Project is a fine resource.
Anything else you’d like to say about your book?
The book is a psychological story. I think people who enjoy that sort of thing would like it.