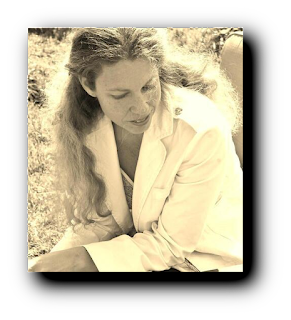 A few random things about me…

Um, let’s see… when I was eight, I had a pet turkey. I used to take it with me on my very short lived paper route. Needless to say, I was terrible at delivering the paper. No one wanted a “Dollar Saver” with turkey poop splattered across the front page. Apparently that’s where the best coupons are.

Books… well, “Treasure Island” is a fantastic pirate tale. I love just about anything by Roald Dahl. I would also like to thank C.S Lewis for sending me on an unrelenting childhood quest for portals to amazing worlds (even in the most unpleasant locations, e.g… the older brother’s closet, etc…)

I write fantasy stories for children. Yep – I am a HUGE fantasy geek. I can’t help myself! It’s too darn awesome to escape to another realm with sorcerers and wizards. The underlying theme in my stories is empowerment, self love, and living purposefully.

When football is on I turn into a different person. I may even use a curse word or two… or three. I enjoy running; which is a good thing because I need to do it in order to fit into my jeans.

I love to cook and really, really love to eat. I have a theory that avocados actually contain super powers and have the amazing ability to make any snack epic. I also love garlic… which, according to my loved ones, also has an unfortunate super power … the pungent breath-inator… or something of that nature.

Few things make me smile more than chocolate, cheese… AND, if the Chargers would make it to the Super Bowl again – just once:)

I needed to write the story in its entirety. A lot felt untold when I was writing Alexander’s story. Bandits of Basswood jumps in with a wild splash into the mystery of the Drake family and their important connection to Azra’s Pith. Of course, there is also magic and adventure... so much adventure! 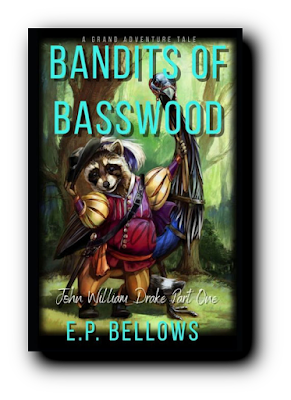 Both! Azra’s Pith has been on a wild ride. I started with a traditional midsized publisher; which folded. I decided to have another go with a publisher... who also folded. Now I am going it alone. I liked having the support of a publisher; being an indie author does give me more freedom. Both have their bright spots.

I knew before starting. I also had a cover visualized. The name John William belongs to someone very dear.  Basswood is also the name of a very special street with the cleverest of bandits in residence. So the title was a no brainer for me.

I had a visual already in mind. My cover artist got to work on it before I finished the first draft. It helps me to have the cover done and sitting in front of me as I write.

Nicole Cardiff is the cover artist! She has done cover art for other authors which is how I found her. She also did the covers for The Butterfly Curse, The Return of General Drake, and Alexander Drake’s Extraordinary Pursuit. I hope I have the opportunity to work with her again.

She was amazing! I definitely recommend. It was really exciting to watch my vision come to fruition. She exceeded my expectations.

Readers seem to love the covers! Bandits of Basswood is vibrant with intricate details. It has one of the bandits in full garb and a scamper foul giving a noble pose.

Look at other books in your genre. There are some beautiful covers out there! Find one that that has the style you connect with. Many illustrators and cover artists will do freelance work and are willing to work with publishers as well as indie-authors.

Bandits of Basswood, and all of the Azra’s Pith books, is the inspiration of a childhood of wandering through the woods around my grandmother’s house and bicycling to the creek to catch frogs. After reading The Lion, The Witch, and The Wardrobe by C.S. Lewis, I was forever in search of portals to magical worlds.

Other than my crazy mind and wandering imagination, my kiddos are an infinite source of inspiration. They have inherited my fantasy gene and never run out of characters and other tid-bits that should be in Azra’s Pith.

John William’s adventure begins with the mysterious disappearance of his father in Azra’s Pith. John William was determined to find him. He had no idea what dark forces he was up against... a wild adventure was about to begin and his life would forever change. I hope you will join John William and the rest on this journey! Thank you!

❀ORDER YOUR COPY OF BANDITS OF BASSWOOD BELOW!