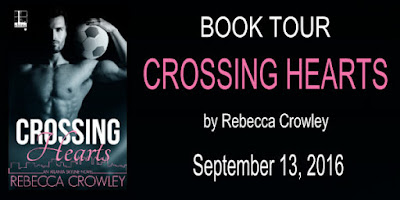 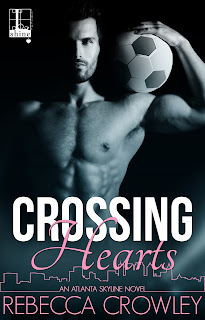 New to the U.S. soccer scene, not to mention the English language, compact yet explosive Chilean soccer legend Rio Vidal is driven to define a role on his new team, Atlanta Skyline. But he must also adapt to a new culture—and accept that he can’t do it alone. His beautiful interpreter, Eva, has been his voice, his refuge. But she is becoming so much more. If only he could convince her he isn’t like the other men she’s worked with, players on—and off—the field.

As a translator for pro athletes, Eva Torres is used to dealing with self-interested super stars. But Rio seems different, and she’s blindsided when he locks eyes with her across a church pew. By now, after weeks of close contact with the endearing athlete with whom she shares a language, her thoughts are far from holy. She must remind herself flirtation is probably just his default style. Plus, she’s the only one he can really talk to. But when his ambition threatens to derail his career—and their deepening connection—they’ll both have to lay their hearts on the center line . . .

Rebecca Crowley hails from Manhattan, Kansas, home of Kansas State University and ubiquitous references to ‘The Little Apple’. She pulled up her Midwestern roots to attend Barnard College in New York City, where she remained for two years after graduation before moving to London to pursue an MA at UCL. After six years, innumerable pints of lager, and too many hours spent on public transportation she made the leap to the southern hemisphere and now resides in sunny Johannesburg, South Africa.

Today she writes smart romance with flawed heroines, redemptive heroes and a dash of feminist sensibility.